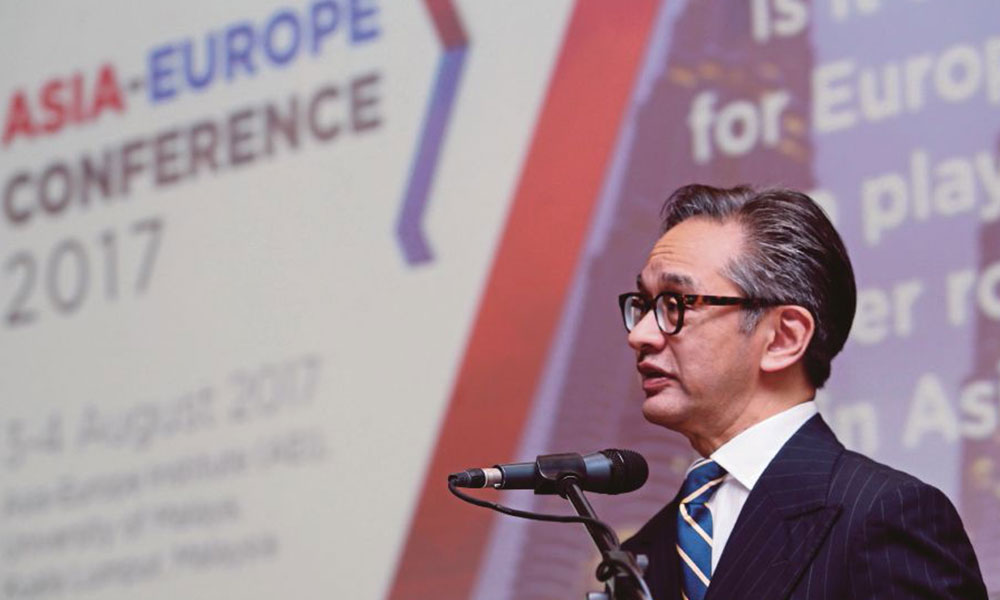 KUALA LUMPUR: Asia and Europe must have a reciprocal relationship on the road to achieving intraregional peace and prosperity that would translate globally.

This year commemorates the 40th anniversary of relations between the European Union (EU) and Asean.

However, both regions have transformed and the leadership must not be on 'autopilot mode'.

"Both regions have problems that defy national and regional approaches, but instead require intra-regional solutions.

"This means, in the future, Asean-EU ties must be reciprocal in nature," said former Indonesian Foreign Minister Dr Marty Natalegawa at the Asia-Europe Conference 2017 here today.

He added that it was not only important to think about how Europe can engage within Asia, but also Asia within Europe.

"The Asian side needs a kickstart to immerse themselves in Europe but in response, EU partners must also ensure that their doors are open to us.

"Instead of relying on plans of actions, treaties and meetings, changes in this region require states to establish practices and executing plans.

"We must empower and create new practices even at the risk of failure because the risk of inaction is bigger," he said.

Echoing this, ambassador and Head of the European Union Delegation to Malaysia Maria Castillo Fernandez said geopolitical changes have demanded a stronger presence of Europe in this region.

"Asia and Europe have done a lot of things together in many sectors and we are going to intensify these efforts.

"Europe is now more solid and issues such as migration, climate change and global trade require cooperation with our Asian counterparts as we are facing these issues together," she said.

Fernandez added that Europe plans to increase its presence in Asia by deepening defense cooperation and becoming a global security provider.