Australia being left behind by Asia, says Labor's Chris Bowen

Beijing: Shadow treasurer Chris Bowen has marked out a set of key policy differences with the Turnbull government on Asia, arguing Australia "isn't keeping up" with fast-changing Asian economies.

In a speech to the Asia Society in Sydney on Friday, Mr Bowen argued a "step change" was needed, because future economic growth depended on significantly improved links with Asia. So far, Australia was only paying lip service, he said. 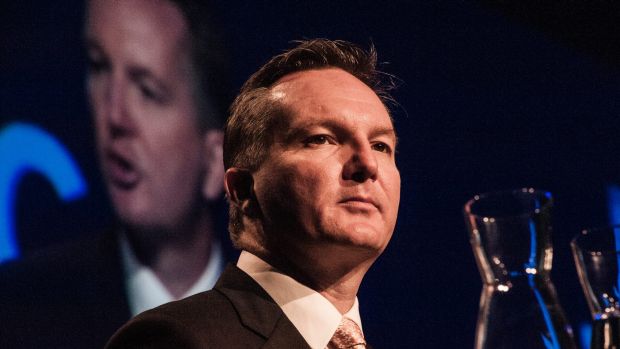 It was "a travesty" that the study of Asian languages in schools had fallen backwards, as Labor programs had been closed. The US government, by contrast, had the goal to have a million Chinese speakers in American schools.

Asian business literacy among senior business people was "lamentable", and needed to be addressed at a board level, in the same way as the gender imbalance was being tackled, he said.

Amid debate over the tensions between Australia's biggest trading relationship with China, and its security alliance with the United States, Mr Bowen said a "step change" in engagement with Asia "doesn't involve walking away from a foreign policy approach based around Australian values".

Mr  Bowen's speech did not focus excessively on China, other than to restate a Labor government would have an "open mind" to Chinese president Xi Jinping's signature Belt and Road infrastructure project, because "appropriate collaboration" with China was key.

Mr Bowen said Labor would consider how Belt and Road and the Australian government's Northern Australia Infrastructure Facility "can best complement each other", but would have "a clear eyed approach to our respective national interests".

Instead, Mr Bowen highlighted that one of Australia's closest neighbours, Indonesia, was on track to become the fourth largest economy in the world, but is not in Australia's top 10 trading partners.

Former Australian ambassador to China, Geoff Raby, said the speech was "confident, positive and forward looking, compared to the timidity of the current approach".

"There is a very strong emphasis on South East Asia. If there's a China threat, which I don't necessarily subscribe to, we have to think about how to position ourselves. Hedging is about South East Asia, not just holding onto the US's coat tails."

Mr Bowen said Labor would establish an Australia-ASEAN studies centre, as a joint venture between an Australian and South East Asian university.

"There is no downside to focussing on ASEAN. When we focus on India or Japan, China sees that as provocative. But ASEAN is our neighbourhood," he said.

"The current level of Asia education – given Australia's economic dependence on the Asian region, and our strategic vulnerability, especially with a reduced United States commitment – is catastrophically inadequate," he said.

The Future Asia concept that Mr Bowen outlined was interesting because it cut across government departments. However, it would require long-term funding, Mr Raby said.

"What we sorely need across government is strong, coordinated, positive leadership on Asia," he said.

The Turnbull government is trying to negotiate a free trade agreement with Indonesia. Mr Bowen, who is studying Indonesian, called for annual meetings between the two countries' finance and trade ministers.

He said five universities had shut Indonesian language programs in the past decade, and more school students studied Bahasa Indonesia in 1972 than now.

The Turnbull government has decided not to sign-up to China's Belt and Road, a major foreign policy push by China to create multiple rail and sea trade routes linking Asia with Europe and Africa.

Instead in Beijing this month, Treasurer Scott Morrison signed a memorandum affirming Australian support for Belt and Road in "third-countries".

This will allow Australian companies bidding for Belt and Road infrastructure projects to access the billions of dollars in concessional loans from Chinese state banks.

China, which has also made agricultural investment a priority, wanted to link Belt and Road to projects in Northern Australia.

Former Liberal trade minister Andrew Robb, who works for the Chinese owner of Darwin port, Landbridge, was in Beijing at an "Australia-China Belt and Road finance opportunity" conference this week.

Australian business groups in China have expressed concern the bilateral relationship has soured this year after the Turnbull government became more strident in its criticism of China's handling of North Korea, and actions in the South China Sea, in an apparent bid to shore up the US security alliance.