Australia should listen to SE Asian views on dealing with China

Damaging the ASEAN-China relationship is a matter of deep concern, especially given the economic dimension. 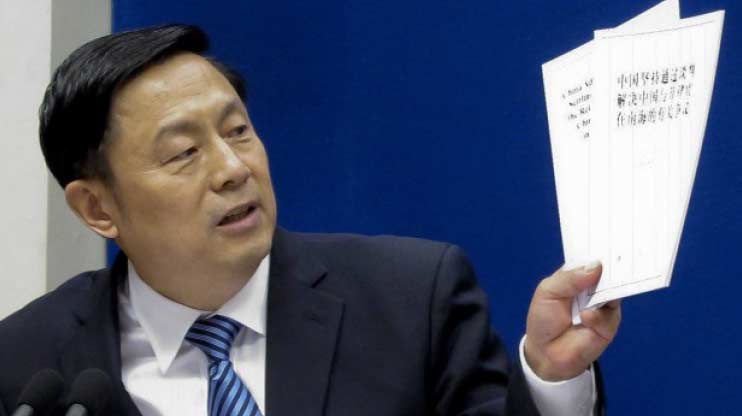 The implications of the Arbitration Court's South China Sea decision may look blackand- white to an outsider. Will China agree to abide by the international rules? If not, it must be sent a strong message, and Australia should join the US and Japan in launching freedom of navigation naval missions across the disputed region. From within southeast Asia – where the front-line countries are located – things look different. An Asia-alert Australia requires cool heads in Canberra.

Leading ASEAN international affairs commentators – in a survey organised this week by Asialink – regret that the Philippines turned to the court, and did so "without serious and sustained conversation with ASEAN partners". An unfavourable decision against China may be counterproductive, making China more aggressive – possibly declaring an Air Defence Identification Zone or even leading China to quit the United Nations Law of the Sea process. If such a major power and permanent member of the Security Council ignored an international regime (to which it is party) that regime would be "to some degree degraded".

A possible strong response from the US and its collaborators also causes alarm. In the words of an Indonesian commentator, the more ASEAN members use the US, Japan, Australia or South Korea to "balance China – the more China will feel contained and the more it will escalate behaviour in the South China Sea". 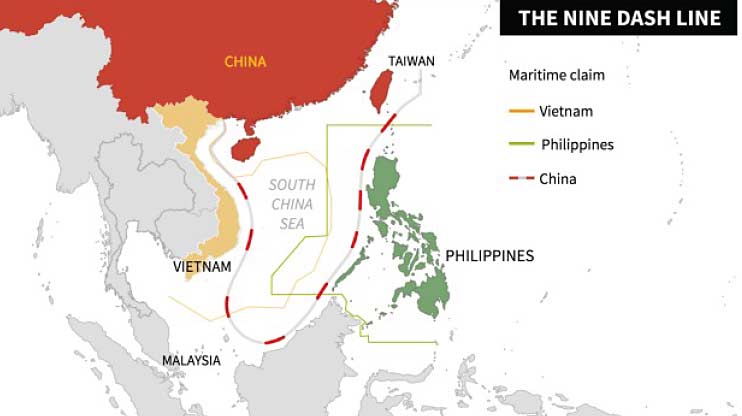 Attitudes towards China are not primarily wary and negative. Damaging the ASEANChina relationship is itself a matter of deep concern, especially given the economic dimension. The South China Sea is "only one component of the overall relations between ASEAN and China".

A Thai commentator adds that China "must play an important role in the security maintenance in Asia". The ASEAN-China relationship, as Ong Keng Yong – former secretary general of ASEAN – points out, "is multifaceted and wide ranging" and "should not be held hostage to what happens in the South China Sea". He is concerned that China will link these disputes to other issues – and delay, for instance, the Regional Comprehensive Economic Partnership trade group.

Escalating confrontation between China and the United States places strains on ASEAN unity – with not only Cambodia and Laos but also Thailand likely to bow to Chinese influence. A Malaysian commentator believes that it is when the US and its allies attempt a "quasi-containment" policy that China puts pressure on these mainland southeast Asian countries, and thus deepens ASEAN divisions. The mainland states see their future as being "more likely to be determined by China rather than fellow ASEAN countries". Pressures towards ASEAN division, however, come from the other direction as well.

"My worry", says an Indonesian specialist, is that "some ASEAN members will seek to create their own alliances with the US or Australia instead of rallying together". China itself is believed not to be against ASEAN unity – unless it is "a collective anti-China platform". 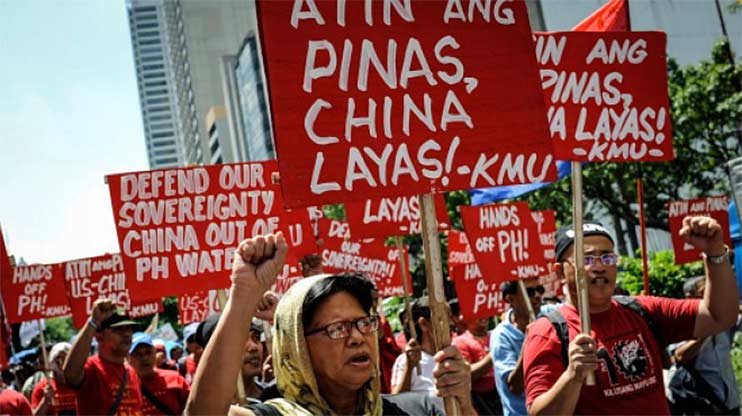 Anti China protesters at a rally in Manila against China's territorial claims. Photo by Dondi Tawatao

Some ASEAN commentators think ASEAN, so far, is holding up relatively well in the face of the South China Sea challenges – but maintaining ASEAN unity is essential. Growing division damages the organisation's "credibility as an honest broker in the region". This matters in ways that go beyond the South China Sea as "without ASEAN, southeast Asia will face the danger of balkanisation by superpowers". The ASEAN-led multilateral organisations – including the East Asia Summit – "remain the mainstay of the regional political-security architecture in East Asia". ASEAN is "still very useful – indeed irreplaceable".

In the South China Sea itself, the ASEAN commentators convey strategic patience, stressing the managing rather than settling of the disputes. Even a Philippines commentator highlights this approach. In writing of managing tension, a Vietnamese writes of the need to work out "what kind of behaviour is acceptable or not acceptable". A priority task is to pursue with earnestness the Declaration on Conduct of Parties in the South China Sea – which does spell out the possible way forward – and the ultimate code of conduct. China, as one commentator sees it, also needs to be reminded that it has signed the ASEAN Treaty of Amity and Cooperation – a treaty that prohibits the use of force.

The Asialink commentaries from southeast Asia convey the deep difficulty of the South China Sea contest. In the words of an Indonesian, they think that with the court ruling "the situation could get worse before it gets better" – yet they do not anticipate catastrophe. China is not viewed antagonistically, but the effective handling of China is considered a task of the highest priority. Apart from anxiety about a punishing reaction from China, one distinct concern is that the United States and its allies might – like the Philippines in the first place – overact, and go too far.

Australia itself – in its international positioning – must cope with some of the conflicting imperatives that southeast Asia faces. They are the countries with most at stake in the South China Sea and we might take lessons from their caution.

Tony Milner is the international director of Asialink.

He is also the Visiting Professor of University of Malaya, attached to both the Asia Europe Institute and the Centre for ASEAN Regionalism (CARUM).