Connecting people for a better tomorrow

Connecting people for a better tomorrow 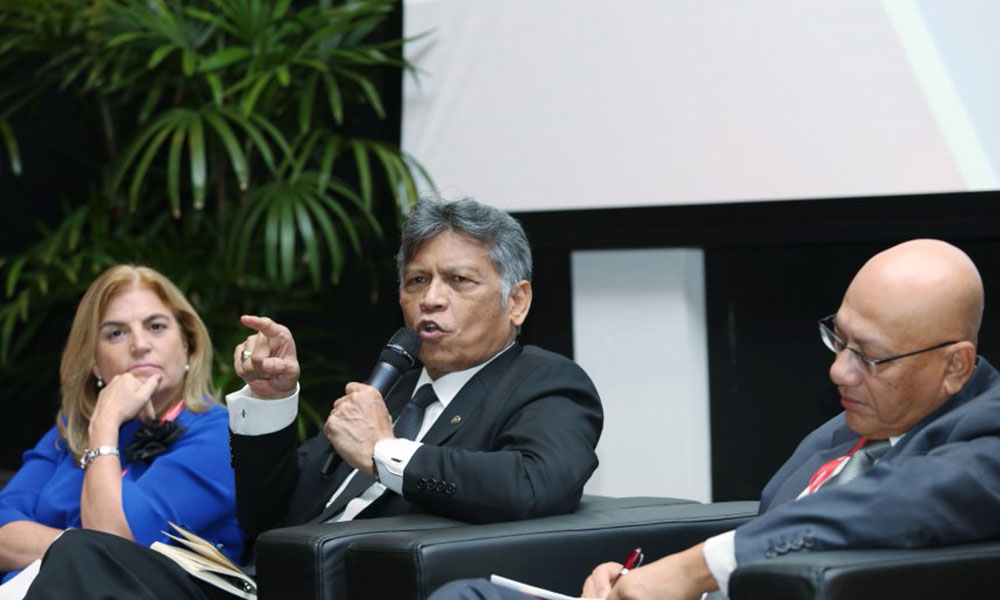 KUALA LUMPUR: Human exchange can be the basis for European Union (EU) and Asean to shape the future of a global community together.

Former Thailand Foreign Minister Dr Surin Pitsuwan said exchange of scholars, students and transfer of technology were extremely important to familiarise the two regions with each other.

"Regional organisations such as EU and Asean must work together to ensure the road into the future has to involve multilateralism. It has to also involve collective bargaining where nobody is going to get 100 per cent but some parts of the agreement.

"I would like to see EU make its case more forcefully through human resource development and transfer of technology, to become a positive force in the growth of this region," he said at the Asia-Europe Conference 2017 today.

In addition, Surin said the centrality of Asean can be a mechanism to lead in the conversation moving forward.

"Asean centrality was conceived to respond to the geopolitical realities of the region. It seeks to have the convening power to make people feel secure, open and candid with each other.

"This centrality is a commodity that has been invented and reinforced by Asean through political stability, continuity and assurance of protected investments" he added.

Surin who is also former Asean Secretary-General said Asean must have the confidence, maturity and ability to solve its own regional problems.

"In the next 50 years, we must be able to take on more challenges including the tensions on the Korean peninsula, the safety of Malacca Straits and the possible religious divisiveness in South East Asia.

"We also have to manage ties with China on the South China Sea disputes. We cannot continue responding in different ways and expect for the region to have that centrality role," he said.