Presentation: Dealing with refugees and asylum-seekers: A growing challenge for Europe and Southeast Asia

In the last weeks, the dramatic pictures of refugees on their way to Central Europe raised attention and emotions worldwide. Leaving their war-torn countries in the Middle East behind, several hundred thousand people started their arduous journeys to look for a better life for themselves and their family. However, the current refugee crisis is global. The media coverage in the last weeks has focused heavily on the refugees in Europe. But in fact growing numbers of refugees and asylum-seekers are a growing worldwide challenge. The arrival of thousands of Rohingya and Bangladeshi migrants in May 2015 and the following human ping-pong between the Southeast Asian states made clear that this region will also have to deal with this issue in a larger scale in the near future.

In his presentation at the University of Malaya, Dr Patrick Ziegenhain will explain how the European Union and its member states reacted to the refugee challenge in the last months and why they have been incapable of managing the crisis in a proper and common way. He will also discuss why Germany opened its borders for refugees and what kind of consequences this policy will have on the national and European level. In a next step, he will then focus on current and future migration problems in Southeast Asia and analyze what lessons the ASEAN member states can learn from the current refugee crisis in Europe.

Since 2005, Patrick Ziegenhain holds a PhD in Political Science from Albert-Ludwigs-University in Freiburg/ Germany. Beside numerous academic articles, he is the author of the books "Institutional Engineering and Political Accountability in Thailand, Indonesia, and the Philippines” (2015), “The Indonesian Parliament and Democratization" (2008) and co-author of the book “Parliaments and Political Change in Asia” (2005). 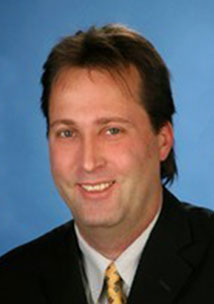