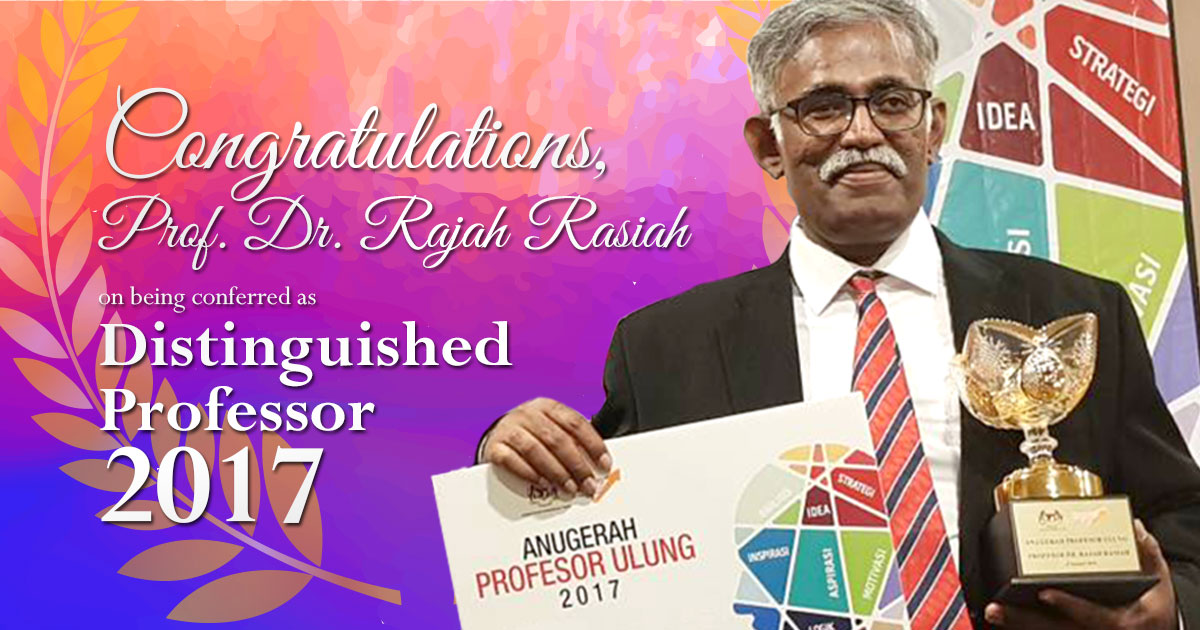 In making the announcement, Higher Education Minister Datuk Seri Idris Jusoh said, apart from Malaysia, Dr Rajah was also well-known in Indonesia, Thailand, Vietnam and Laos as the outcome of his economic researchers were evident in the formulation of government policies in these countries.

Dr Rajah is the fifth academician to be bestowed the Distinguished Professor Award.

"He has also produced over 30 doctoral graduates, among whom are now professors at local universities and leaders of private companies," said Idris.

Meanwhile, when met by reporters Dr Rajah said he would utilise his expertise to assist the nation in facing industrial revolution 4.0. — Bernama