Notwithstanding continuing and new economic challenges, it is undeniable that over the past 50 years many Asian countries have achieved spectacular economic growth and Asia has become a core world economic region. That spectacular growth, however, has obscured a festering level of underdevelopment in the political arena. Professor Dato Dr. Muthiah Alagappa will argue in his public lecture that political development has not commanded much attention in Asia, especially in East Asia. The emphasis in most countries has been on economic growth which has come to be seen as the primary function of government and key measure of development. Economic delivery it is believed would mollify the aspiration for political participation.

Muthiah Alagappa (Dato’ Dr.) is Visiting Professor in the Asia-Europe Institute in University Malaya.  Concurrently he is non-resident Senior Associate with the Carnegie Endowment for International Peace in Washington, D.C.  Dr. Alagappa was the inaugural Tun Hussein Onn Chair in International Studies at ISIS Malaysia, Kuala Lumpur (2011-12).  Prior to that he was Distinguished Senior Fellow at the East-West Center, USA, director of the integrated research program in East-West Center Honolulu, and founding director of East-West Center Washington.  He has held visiting professorships in Columbia University, Stanford University, Keio University, and the Nanyang Technological University in Singapore.  He was Leverhulme visiting professor in Bristol University in 2008 and the Kippenberger Visiting Chair in the School of Government, Victoria University, New Zealand in 2010-2011.

Prior to his academic career, from 1960 to 1982 Dato Dr. Alagappa served as a regular commissioned officer in the Malaysian Armed Forces.  During his military career Dr. Alagappa commanded three signals regiments and held numerous line and staff positions including Army Representative in the Defense Planning Staff in the Malaysian Ministry of Defense.  He was executive secretary for Project 75 (reorganizing Ministry of Defence, Malaysia) and the Special Armed Forces Development Plan (1979). 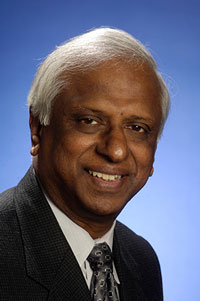