The aim of this article is to explore the challenges and opportunities of the 21st Century Maritime Silk Road – presumably a gigantic economic project launched by China – for better connectivity and economic cooperation in Asia. The article examines the variables that may either limit or bolster its implementation. The project, once implemented, is likely to give rise to both economic and strategic up-shots. Economically, it is likely to be win–win for both China and other powers in Asia who are willing to participate. On the other hand, it may get trapped because of the presence of geopolitical issues and great powers rivalry, specifically in the Bay of Bengal region. The article, in the final analysis, attempts to provide certain policy prescriptions, mainly for China, for maximum optimization.

Lt. General (Ret.) Dr. Mohd Aminul Karim is presently a Senior Research Fellow at the Asia-Europe Institute, University of Malaya, Kuala Lumpur. He is also a senior fellow (non-resident) at the International Institute for Non-Proliferation Studies, USA. He worked as Chief of both National Defence College and Defence Services Command and Staff College of Bangladesh. He was a Visiting Scholar at the Mershon Centre for International Security Studies, Ohio State University, USA; a Professor at BRAC University, Dhaka; and an Adjunct Professor at University of Malaya.

He also worked as the Military Secretary to the President of Bangladesh.

He has published papers in such journals as Cambridge, Elsevier, Springer, SAGE, Wiley Blackwell, Taylor and Francis, Routledge etc. His areas of interest include international relations, geopolitics, regional integration, organizational behaviour etc. He can be reached at: mdaminulkarim1967@gmail.com and aminulkarim@um.edu.my 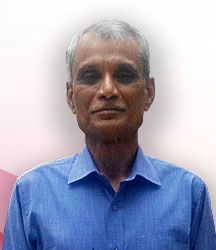