KUALA LUMPUR: Six individuals were recognised for their contribution to the country when they were accorded the Merdeka Award yesterday by the Sultan of Perak, Sultan Nazrin Muizzuddin Syah.

Former Bank Islam Malaysia managing director Datuk Dr Abdul Halim Ismail received the award under the Education and Community category for his role in establishing the first Islamic Bank in Malaysia, which led to the development and growth of the Islamic banking, insurance and finance sectors nationally and in the region.

He had left the academic field to apply his skills and knowledge in a more pragmatic and actionable career, which put him on the path to becoming one of the leading Islamic bankers.

"Until as recently as the 1990s, Muslims were facing a dilemma in the conventional or Western way of banking. This dilemma arose because in Islamic laws, charging interest is forbidden. This caused Muslims to stay away from conventional banking institutes," he said.

The establishment of Islamic banks and Takaful Insurance earned the trust of Muslims, he added.

Under the Environment category, former chairman of the Sabah Tourism Board Datuk Seri Dr Tengku Zainal Adlin Tengku Mahamood was awarded for his contribution to wildlife and forest conservation in Malaysia and the region.

He initiated the conservation of the Danum Valley and Maliau Basin in Sabah by the Sabah Foundation, and even has a species of the rafflesia flower named after him, the rafflesia tengku-adlinii.

Under the Health, Science and Technology category, professor of Molecular Parasitology at the Malaria Research Centre in University Malaysia Sarawak, Prof Dr Balbir Singh Mohan Singh, and director of the Jesselton Medical Centre Infectious and Tropical Diseases Department in Kota Kinabalu, Dr Timothy William, were jointly given the award for their contribution to the pioneering work and discovery of a new strain of malaria, Plasmodium knowlesi.

The discovery of this potentially fatal zoonotic disease has changed the way it is managed globally.

Chairman of the National Professors Council (University of Malaya Chapter), Prof Dr Masjuki Hasan, was accorded the Outstanding Scholastic Achievement award for his research in engineering and energy science, and his role in the research and development of biofuel and other sources of efficient energy and automotive engines.

In the Outstanding Contribution to the People of Malaysia category for foreign individuals or organisations for their work in Malaysia, former Tun Hussein Onn Chair of International Studies at the Institute of Strategic and International Studies, Prof Dr Anthony Crothers Milner, was awarded for his work in research and education in Malaysian history and his role in fostering international collaborations.

Since the establishment of the Merdeka Award on Aug 27, 2007 by Petronas, ExxonMobil and Shell, 44 recipients and two organisations have received the honours. 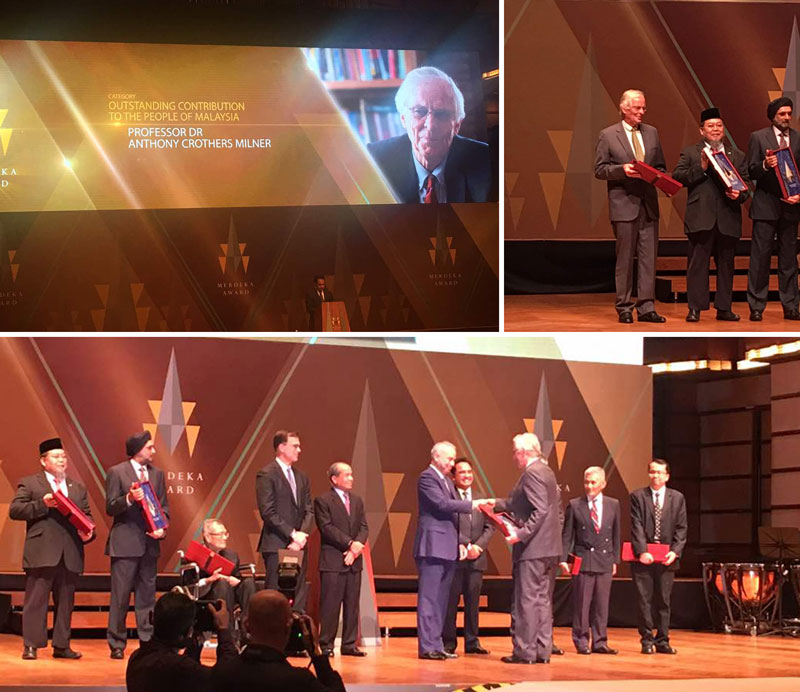