The 5th AEI-ASEM Summer School 2020: “Multiculturalism in Asia and Europe”

The 4th ASEM Meeting of Ministers for Education (ASEMME4) held in Kuala Lumpur in May 2013 welcomed the willingness of Malaysia and the Asia-Europe Institute of the University of Malaya to develop, in cooperation with other interested ASEM members, a programme that could share what Asia has to offer with students, academicians, and researchers from Europe and other parts of the world. In response to this decision of ASEMME4, the Ministry of Education Malaysia, in collaboration with the Asia-Europe Institute, initiated the Asia-Europe Institute-ASEM Summer School (AEI-ASC). The AEI-ASC is designed to be a two-week programme that involves participants in educationally oriented field trips paired alongside relevant lectures to compliment the outdoor experiences.

The Asia-Europe Institute (AEI), University of Malaya, along with the Asian Studies Centre, Trinity College Dublin (TCD) in Ireland, collaborated on the 5th AEI-ASEM Summer School with the theme “Multiculturalism in Asia and Europe” held from 14 September to 18 September 2020. Continuing the successful annual AEI-ASEM Summer School programme supported by the Ministry of Education Malaysia (MoHE), this year, presenters from both AEI and TCD delivered online lectures on topics of current interest with examples from the two regions. 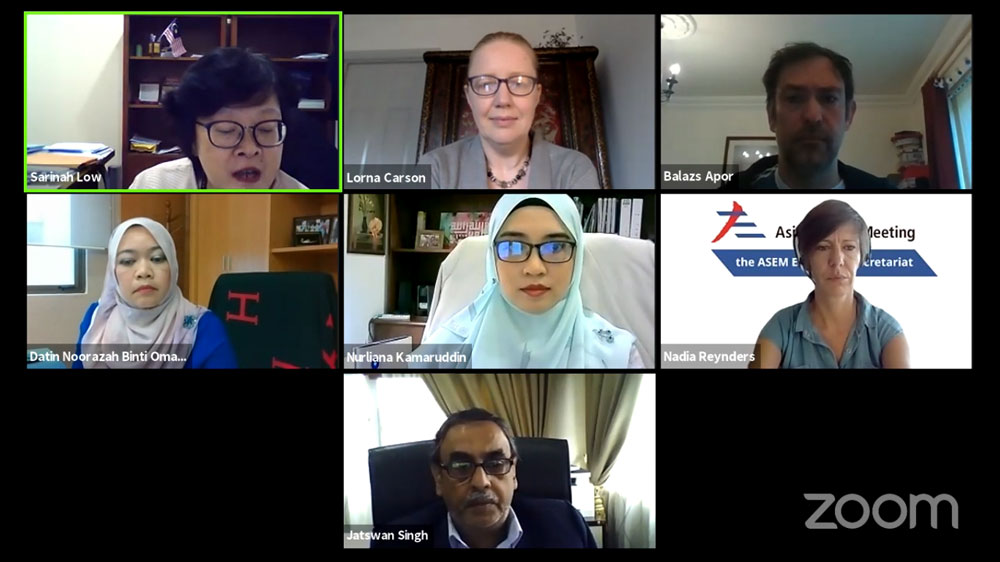 Due to the Covid-19 pandemic, the first part of the 5th AEI-ASEM Summer School consisting of lectures was held via the Zoom platform on 14, 15, 17 and 18 September 2020 while the second part which include field trips will be held in 2021 in Malaysia subject to the coronavirus situation. 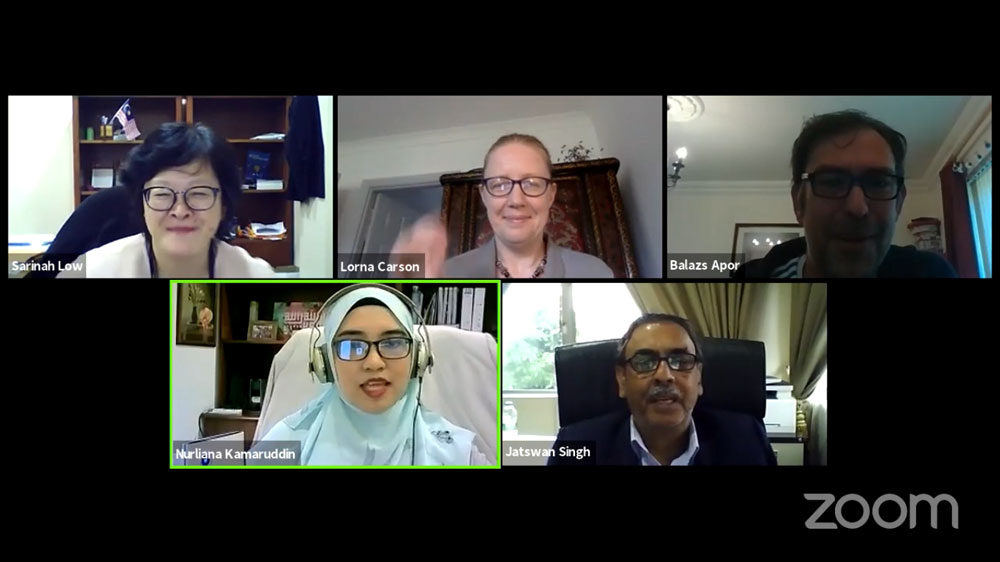 Each lecture of 30 minutes was followed by a lively question and answer and session with questions from different parts of the world. The various questions fielded indicated a great interest and enthusiasm in the theme and on the comparative dimensions of the topics. 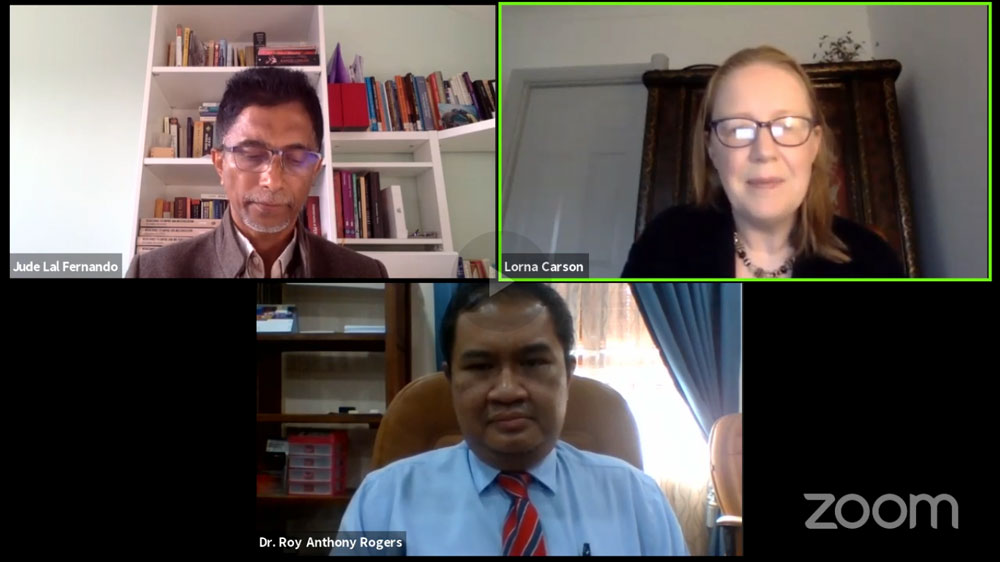 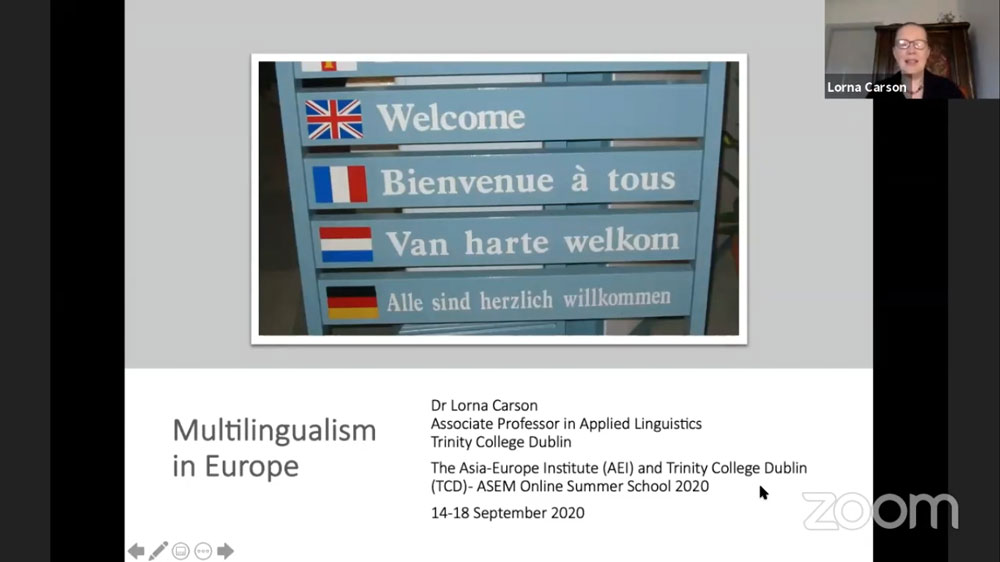 The Summer School offered a great opportunity for students and young scholars from different regions to learn about multiculturalism in both Asia and Europe, enhance their cultural understanding of different cultures as well as exchange ideas on the theme with others. It provided a learning experience that was interactive and multicultural in essence. Through the lectures and discussions, the summer school hopes to raise awareness on the many challenges that we face today in both Asia and Europe in confronting diversities and in making multiculturalism and cultural pluralism a way of life. 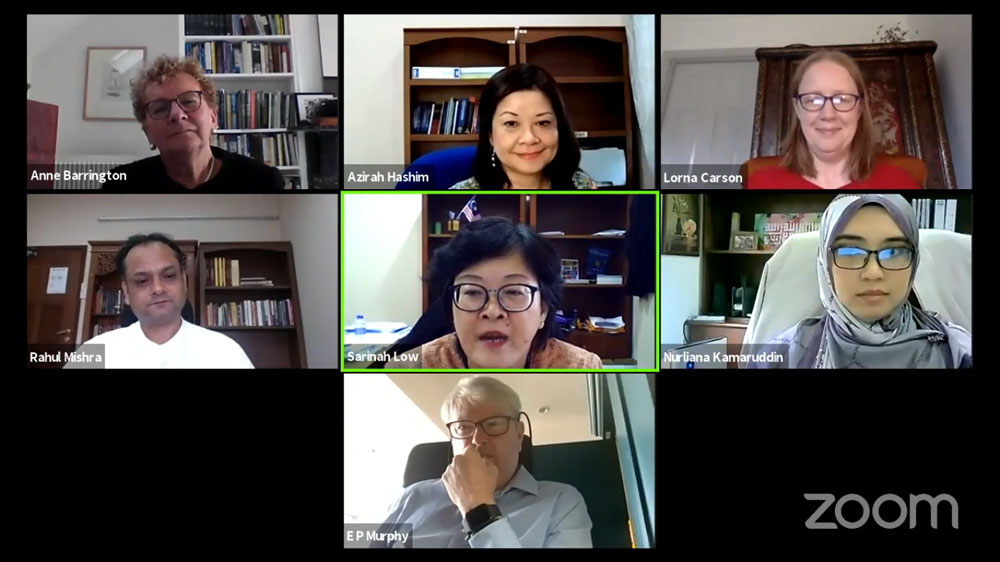 At the end of the last day, Professor Dr. Sarinah Wah Yun Low, the Deputy Executive Director of AEI extended her thanks and best wishes to all professors and students and also summarised the first-ever online summer school hosted by AEI and TCD.

The AEI-ASEM Summer School is driven by various eclectic approaches that emphasise interdisciplinary learning, intercultural exchanges, cultural immersion, and appreciation for inclusiveness, cultural diversity and harmony-building in Asia and Europe.