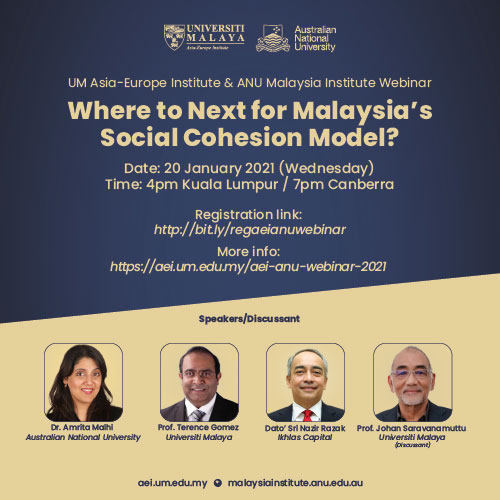 Where to Next for Malaysia’s Social Cohesion Model? 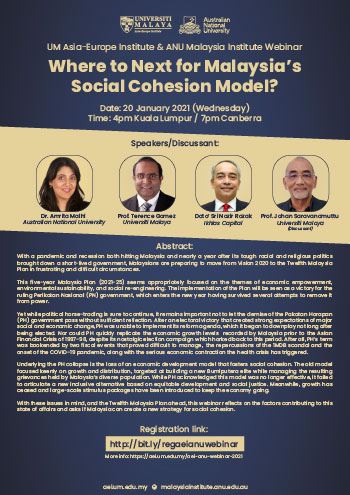 With a pandemic and recession both hitting Malaysia and nearly a year after its tough racial and religious politics brought down a short-lived government, Malaysians are preparing to move from Vision 2020 to the Twelfth Malaysia Plan in frustrating and difficult circumstances.

This five-year Malaysia Plan (2021-25) seems appropriately focused on the themes of economic empowerment, environmental sustainability, and social re-engineering. The implementation of the Plan will be seen as a victory for the ruling Perikatan Nasional (PN) government, which enters the new year having survived several attempts to remove it from power.

Yet while political horse-trading is sure to continue, it remains important not to let the demise of the Pakatan Harapan (PH) government pass without sufficient reflection. After an electoral victory that created strong expectations of major social and economic change, PH was unable to implement its reform agenda, which it began to downplay not long after being elected. Nor could PH quickly replicate the economic growth levels recorded by Malaysia prior to the Asian Financial Crisis of 1997-98, despite its nostalgic election campaign which harked back to this period. After all, PH’s term was bookended by two fiscal events that proved difficult to manage, the repercussions of the 1MDB scandal and the onset of the COVID-19 pandemic, along with the serious economic contraction the health crisis has triggered.

Underlying the PH collapse is the loss of an economic development model that fosters social cohesion. The old model focused keenly on growth and distribution, targeted at building a new Bumiputera elite while managing the resulting grievances held by Malaysia’s diverse population. While PH acknowledged this model was no longer effective, it failed to articulate a new inclusive alternative based on equitable development and social justice. Meanwhile, growth has ceased and large-scale stimulus packages have been introduced to keep the economy going.

With these issues in mind, and the Twelfth Malaysia Plan ahead, this webinar reflects on the factors contributing to this state of affairs and asks if Malaysia can create a new strategy for social cohesion. 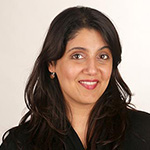 Dr Amrita Malhi is a Visiting Fellow in the Department of Political & Social Change at The Australian National University. Amrita is a historian with a primary interest in race, religion, and identity politics in colonial Malaya and contemporary Malaysia. Amrita is a regular public commentator on Malaysian politics, which she has been observing since 2008, and her latest report, ‘Social Cohesion, Racial Campaigning, and the Collapse of Pakatan Harapan,’ is published on New Mandala. 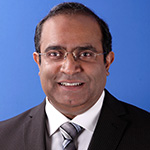 Edmund Terence Gomez is Professor of Political Economy at the Faculty of Economics & Administration, University of Malaya. He specializes in government-market relations and the linkages between politics, policies and business development. He has also held appointments at the University of Leeds (UK) and Murdoch University (Australia) and served as Visiting Professor at Kobe University (Japan), the University of Michigan (Ann Arbor) and University of California (San Diego). Between 2005 and 2008, he served as Research Coordinator at the United Nations Research Institute for Social Development (UNRISD), in Geneva, Switzerland. Other academic appointments include Visiting Fellowships at the Australian National University, Canberra and at the Nordic Institute of Asian Studies, Denmark. 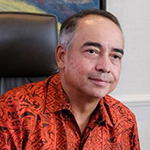 Nazir Razak is currently the Chairman and Founding partner of Ikhlas Capital, an ASEAN private equity firm. He retired as Chairman of CIMB Group in October 2018 after a 29-year career with the ASEAN banking group.

During his tenure as Group CEO, Nazir was recognised as Malaysia’s top executive/CEO on several occasions. He was the youngest recipient of Finance Asia’s ‘Lifetime Achievement Award’ in 2009 and was awarded Euromoney’s ‘Outstanding Achievement Award’ in 2012. In 2015, he was the winner of the prestigious ‘Asia House Asian Business Leaders Award’. He was instrumental in setting up CIMB Foundation, a leading CSR organisation and served on the Investment Panel of the Employees Provident Fund (EPF) for 12 years and the board of Khazanah Nasional for 4 years.

A strong advocate of the ASEAN economic integration, Nazir was the inaugural Chairman of the World Economic Forum’s ASEAN Regional Strategy Group. He also led the establishment of the ASEAN Business Club, comprising the region’s largest conglomerates, and the CIMB ASEAN Research Institute. 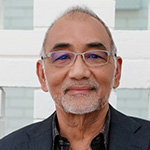