AEI-ASEM Summer School 2017: Bringing the World to Us

The Asia-Europe Institute continues to bring together communities from all over the world and the AEI-ASEM Summer School 2017 is testament to this. Youth from the Asia-Europe region came to to Kuala Lumpur and went to Brussels from 24 July to 11 August 2017. The AEI-ASEM Summer School has been held annually since 2015 organised by the Asia-Europe Institute, University of Malaya. This year, the AEI collaborated with the EU Centre in Singapore and the University of Maastricht, Netherlands. Participants of different nationalities including Singapore, Germany, Indonesia, Poland, Cambodia and Bulgaria spent time together at this summer school. Thirty participants engaged in multiple courses, discussions and workshops in Kuala Lumpur and Brussels, Belgium. Each course was to engage the participants on topics on multilateralism and multiculturalism in both Asia and Europe. Speakers from different fields were invited to present on the different topics. 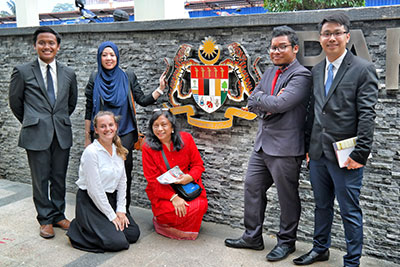 The first part of the summer school was held in Malaysia. The students resided at the International House, University of Malaya and the teaching of modules were held at the Asia-Europe Institute. More than 10 modules were prepared to tackle different topics on Malaysian history, contemporary human rights issues in Asia and Europe, multiculturalism in Malaysia, identity and politics, Malay music and dances, and the Peranakan in South-East Asia. The modules started off with lectures followed by discussions with the participants. Within the two-week program in Malaysia, participants were also taken on excursions and trips to the National Museum, the Malaysian Parliament, Putrajaya and the State of Melaka. Some of these trips included discussions with the organisers; the students engaged with Dato’ Azalina Othman during the visit to the Malaysian Parliament, while Putrajaya Holdings and the Melaka Cooperation helped with the city tours. At the end of the course, the students prepared presentations based on the modules experienced. The program ended and coincided with the Asia-Europe Conference 2017 on the 3 – 4 August. 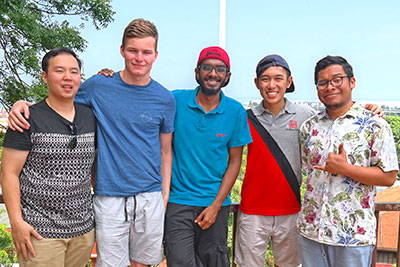 The Brussels experience followed a similar schedule; modules were held in the mornings while excursions and trips were conducted after lunch. Under the theme of multilateralism, topics included trade multilateralism, security cooperation, EU institutionalization, regional cooperation, ASEAN human rights amongst others. The organisers, University of Maastricht, organised trips around Brussels including to the Atomium, House of European History, European Union Parliamentarium, the United Nations University and the city of Bruges. These trips exposed the students not only to the European Union integration experience but also to the bustling city life and culture. Similarly, in Malaysia, students presented on three themes; Politics, Security and Economics. The program concluded with a certificate presentation ceremony and the summer school ended on 11 August 2017. 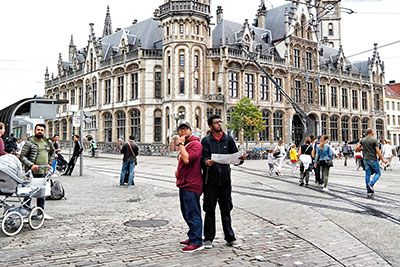 The overall experience shows the value of interconnectivity and the AEI-ASEM Summer School 2017 provided the necessary platform for continuous engagement and discussion. I hope that this program would continue to run so that youth from all over the world get to meet and engage with one anoother leading to greater intercultural understanding, thus paving the way for a more connected EU-ASEAN community. 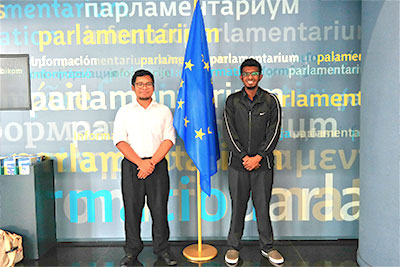