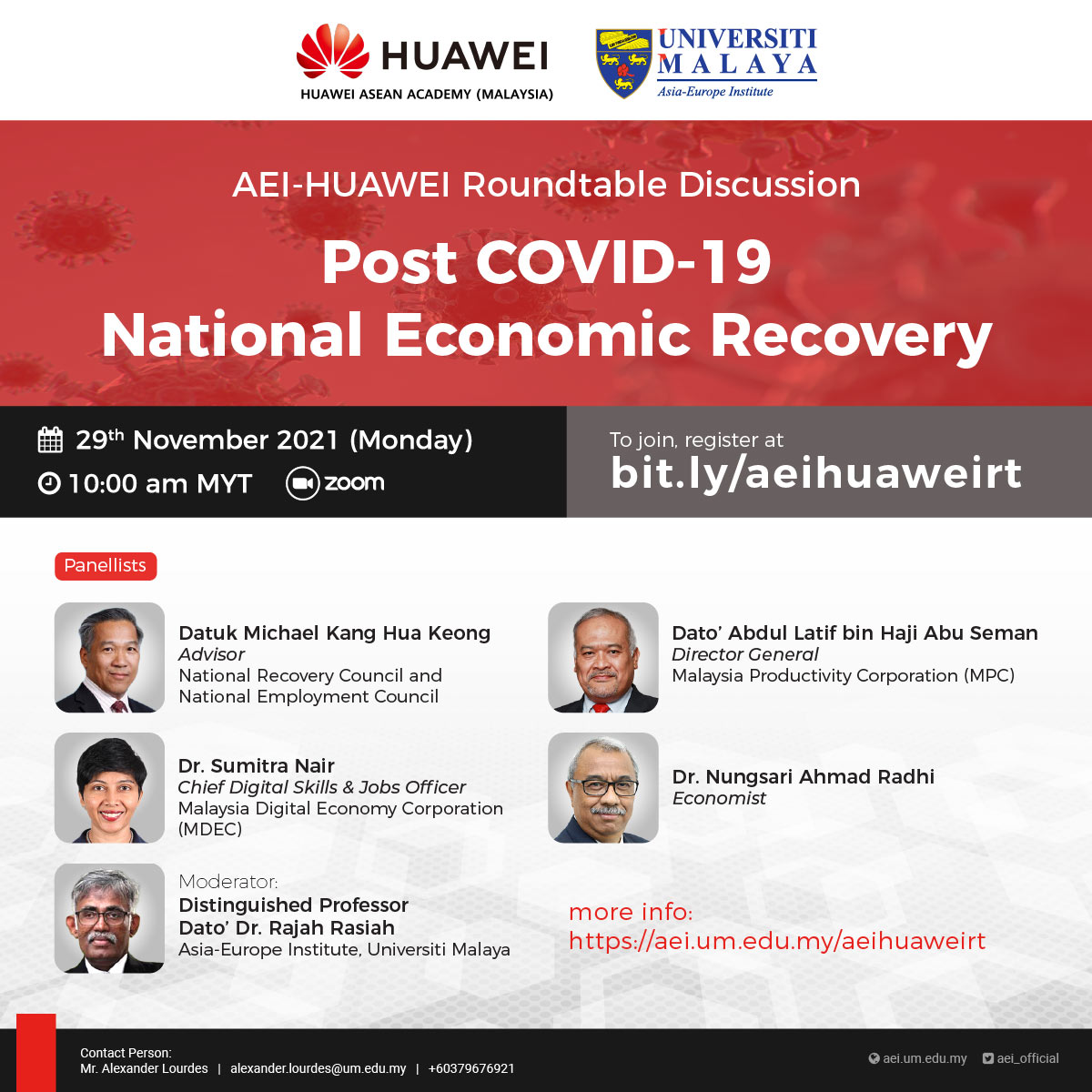 While it is still unclear if the COVID19 Pandemic will relent by early 2022, (which casts concerns over whether full efforts can be taken to resume the financing of open economic activities), governments are increasingly aware that unless the depleted resources they are facing now are replenished through a resumption of some form of recovery, the very fundamentals of development can be undermined beyond repair. Consequently, governments are increasingly focusing on stimulating their economies but taken steps to contain the pandemic. Malaysia is no exception as demonstrated by the 2021 and 2022 budgets that not only focus on managing the national economy, but also on reviving affected segments of the economy, as well as injecting funds into promoting a transition to a developed economy through, inter alia, investing in digitalization and industry 4.0 technologies, greening and other technologies, such as biotechnology and renewable energy. This forum seeks to examine critically these developments with a focus on strengthening the path towards recovery and transition to a sustainable economy. 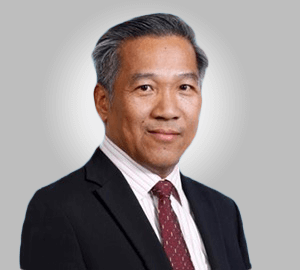 Datuk Michael Kang was conferred the PJN in 2016. He is a businessman and a graduate Marine Engineer. He is appointed as National Recovery Council and National Employment Council. He is the immediate past President of SME Malaysia and champions the cause of all SME sectors in Malaysia. He has served in numerous Government Committees and NGO's in various capacities. He is also active in the IT Industry. He has contributed to the development of many small scale industries and corporations and provided a bridge for communications between the government and public private enterprise. Datuk Kang is a founding member and the current Treasurer General of MDDM. He has also been appointed the Adjunct Professor in the Centre for Professional and Executive Development (CPEED) 2021 to 2023. 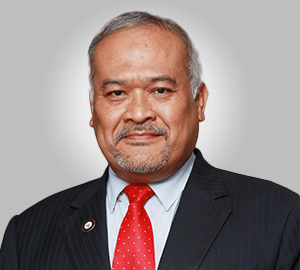 Dato’ Abdul Latif bin Haji Abu Seman is currently the Director-General of Malaysia Productivity Corporation (MPC), Petaling Jaya. He was appointed as the eight Director-General of MPC on 26th August 2019. He holds a Bachelor of Economics (majoring in Public Administration) from the University of Malaya and a master’s degree in policy studies from Saitama University, Japan. He began his career with MPC as a Training & Investigating Officer in 1984 and had served as Assistant Regional Head of MPC Sabah and a Senior Consultant at the Directorate of Policy Research, MPC HQ. He was made Manager of Best Practices Division in August 2000, Director for Promotion and Joint Venture Division in 2002 and MPC Sarawak Regional Director in February 2005. He assumed the position of Deputy Director General MPC in February 2010 which also oversees the Department of Regulatory Review undertaking comprehensive review of business regulations. In 2008, Dato’ Latif attended the Advance Management Programme held at INSEAD, Fointainbleau, France. He has vast experience as lead assessor for the Prime Minister Industry Quality Award, Quality Management Excellence Award, the Sarawak Chief Minister Quality Award and the Federal Secretary Award. He is a certified benchmarking instructor by the American Productivity and Quality Council, APO-TES Expert with the Asian Productivity Organization (APO), and has extensive network with the Australian Quality Council, Juran Institute, Global Benchmarking Network, Fraunhofer Institute Berlin, and a trained benchmarking consultant by the Centre for Inter Firm Comparison (CIFC), Winchester, England. Under his stewardship, MPC have successfully collaborated with international government bodies such as the Australian Government 2 Productivity Commission and OECD in establishing Malaysia’s Quality Regulatory Management System (QRMS) and modernizing the country’s business regulations. He also leads the MPC team to improve Malaysia’s competitiveness and enhancing the country’s business climate through engagements with the World Bank and the respective ministries and agencies, and the business community under the ambit of PEMUDAH (Special Taskforce to Facilitate Business). During his tenure with the MPC, he has presented numerous papers, served as a panelist, and authored articles, research journals, domestic and international reports, and chaired national and international conferences. He is also an active participant in programs at the international stage level namely ASEAN, APEC, OECD and Commonwealth countries just to name a few. In recognition to his dedicated service to the nation, he was awarded the Darjah Setia Mahkota Pahang (2010), Pingat Emas Perkhidmatan Cemerlang (2011), Bintang Kesatria Mangku Negara (2012), and Darjah Panglima Setia Bintang Sarawak (2013). 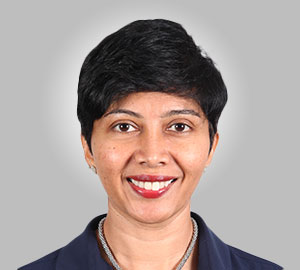 Sumitra is Chief Digital Skills & Jobs Officer at Malaysia Digital Economy Corporation (MDEC). She leads MDEC’s digital talent development and inclusion initiatives. To-date her work has impacted more than 2 million Malaysians via digital skills and income opportunities. She also serves as Adjunct Faculty at the Monash University School of Business and Economics. Her past roles include leadership and advisory positions in corporate responsibility and sustainability portfolios at DiGi Telecommunications and Telenor ASA (Norway). Sumitra holds a PhD in Business & Economics from Monash University Malaysia, a Graduate Diploma in Accounting and Finance from the Association of Chartered Certified Accountants (ACCA), an Executive Management Certificate in International Marketing from INSEAD University, as well as a Bachelor of Economics with Honours from University Malaya. Her most important role is being a mother to two digital natives. 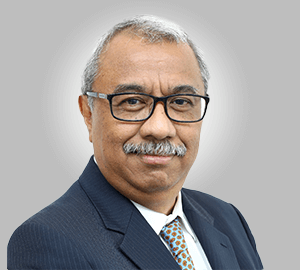 Nungsari is an economist. In a career of over 35 years, he has been in academia, corporate advisory, policy research and elected a Member of Parliament. He has been on boards of financial institutions, corporate and statutory bodies, and maintains a column at The Edge since 2000. 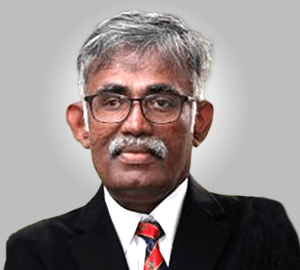 Dato' Dr. Rajah Rasiah is Distinguished Professor of Economics at the Asia Europe Institute, Universiti Malaya. He obtained his doctorate in Economics from Cambridge University in 1992 and was a Rajawali fellow at Harvard University in 2014. Among his external positions include: Professorial Fellow at UNU-MERIT, the Technology Management and Development Centre at Oxford University, the Centre for Rising Powers, Cambridge University, and UNITEN. He was also one of the principal authors of UNIDO’s 2009 flagship report, and one of the editors of the 2015 UNESCO Science Report. He is the 2014 recipient of the Celso Furtado prize from the World Academy of Sciences for advancing the frontiers of social science thought. In light of his scholastic contributions, Malaysia's Ministry of Higher Education conferred him the award of Distinguished Professor in Economics in 2017. He was awarded the Merdeka Prize for academic excellence in 2018, and conferred the title, Dato’ Paduka Mahkota Perak in 2019.