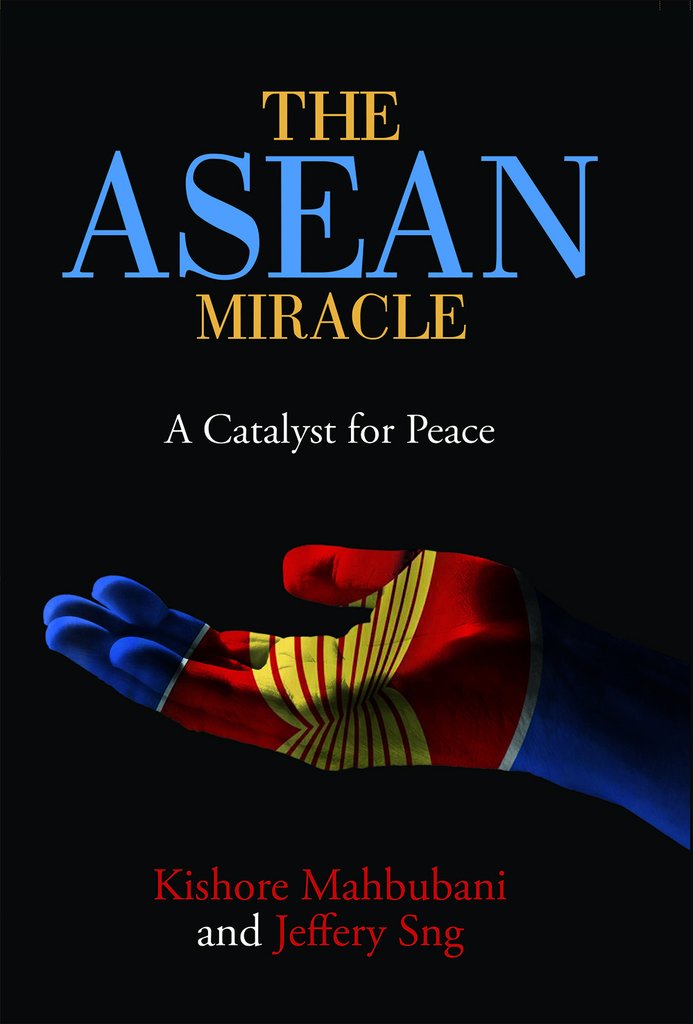 ASEAN is the cornerstone of Malaysia’s foreign policy, and a new book by Kishore Mahbubani and Jeffery Sng, The Asean Miracle, explains that this makes good sense. But, what is Asean’s particular power? Can it continue to triumph without support?

In Kishore’s view, and he is one of Singapore’s most senior diplomats with an enormous international reputation as a public intellectual, Asean simply has not got the recognition and support it deserves. One of the strengths of this book is that it contains personal anecdotes from this key bureaucrat — an eyewitness flavour that enhances its authority.

Asean’s achievements are vast and its importance in the evolving international order is difficult to exaggerate.

Many commentators have focused on Asean’s problems — some of which Kishore and Sng admit — but fail to recognise the scale of the task Asean faced and the success it has achieved. Southeast Asia is a far more complex region than Europe. In all the world, it is only in Southeast Asia that the great civilisations — Islamic, Hindu, Buddhist, Chinese-Confucianist and Judaeo-Christian — meet. In Southeast Asia, each nation, “following its own destiny, spoke a political language of its own”. There was “neither unison nor a lingua franca”. It was also a deeply troubled region in the 1960s and 1970s when Asean was being developed, experiencing “larger and longer wars than the Middle East”. Today, however, Southeast Asia is remarkably peaceful and prosperous, and this book gives most of the credit to Asean.

Acknowledging the great achievements of the European Union, Kishore and Sng insist that Asean is “the world’s second most successful regional organisation”. It is often said that Asean can learn from the EU, but Asean also has much to teach. Western commentators criticised Asean for admitting Myanmar as a member in 1997, despite that country’s human rights record. But, Asean believes in engagement. Today, Myanmar has made “a peaceful evolution towards a more democratic regime”. By contrast, the EU adopted a policy of “isolating Syria”, and Syria is now “in flames”. In the case of Russia, too, the EU policy has failed. The “key issue is how to change Russia’s behaviour. The traditional EU answer has been sanctions. The traditional Asean answer has been engagement”.

Although Asean was initiated by countries living in fear of the “Communist tide”, the original members reached out to the Communist countries. Vietnam created the greatest challenge, given its invasion of Cambodia. But, while the EU has simply provoked its old enemy, Russia, Asean “succeeded in admitting its erstwhile adversary, Vietnam, into the fold”.

Given recent problems in the EU, especially Brexit, Kishore and Sng stress that the “Asean practice of moving ahead slowly and pragmatically” — its flexibility, and willingness at times to take a step backward, or to allow one or more member countries to opt out of a trade or other agreement — may have advantages over EU’s comparative rigidity and its “legalistic European mind”.

Language is another area in which Asean’s approach has made sense. Although Asean is far more diverse linguistically than the EU, it has opted for English as its working language; the EU has 24 official languages and spends a billion euros a year on translation services. What this book does not explore, however, is how the common use of English can sometimes disguise profound differences in understanding, given the diversity in Asean English, and also disadvantaged member countries that have until recently had little interaction with the Anglo sphere.

Asean has demonstrated “inherent geopolitical wisdom”, and Kishore and Sng give particular credit to Malaysian leadership. In the early years, Prime Minister Datuk Seri Najib Razak insisted Asean be given the highest priority — “it must be our common concern”, said Najib, to “do nothing and ensure that nothing is done that could jeopardise the future of Asean”.

Malaysia also was the first Asean country to establish diplomatic relations with China, and has been a leader in the “gradual integration of Asean with the East Asian economic ecosystem”.

This book’s claims for Asean are gigantic, and this makes it all the more readable. The peace established in Southeast Asia, where so many civilisations “live together cheek by jowl”, is a “miracle delivered by Asean”. But, what exactly has Asean done? Kishore and Sng stress the way it created “conducive environments for the great powers to talk to each other” — an “ecosystem of peace” that moderates “aggressive impulses”. Its vast web of institutions — the wide-membership Asean Regional Forum, Asean Plus Three (China, Japan and South Korea), the East Asia Summit and more — constitutes a “platform for regional cooperation” and also an Asean ethos. This is what “Asean centrality” is all about.

Hard power is not Asean’s particular asset. In fact, its “strength can be found in its weakness”. It has become the “indispensable platform for great power engagement” because it is “too weak to be a threat to anyone”. Nevertheless, hard power does matter. (The late Singapore leader) Lee Kuan Yew saw the American war in Vietnam as essential if communism was to be contained and the original five Asean states protected. The way the US and China in the 1980s — collaborating against the Soviet Union — joined together in support of Asean was “a major boost” for the organisation. At the end of the Cold War, America no longer saw Asean as a “valuable geopolitical asset”. In the economic crisis of the late 1990s, it was China that helped the region, most of all, by refusing to devalue its currency.

Asean has certainly gained from the different major powers, but Kishore and Sng are concerned to highlight what Asean has done in return, in particular, lubricating or softening the potentially dangerous interactions between them. This book is marked by pride, but also, however, by anxiety. It calls for international support, as well as recognition.

Asean is in danger right now. Though cooperation between the US and China had assisted Asean, their current competition could prove damaging. Senior Americans are “woefully unaware of the strategic assets and opportunities they have in Southeast Asia”. If the US continues to use Asean “as a short-term instrument to embarrass China on the South China Sea”, America could end up “breaking apart Asean”. China needs also to understand why Asean should be strengthened, not weakened; its rivalry with both Japan and India is likely to “buffet” Asean.

If Asean “breaks up”, then “Australia loses big time”, and its leaders ought to be using their access to Washington to educate America on “the long-term strategic value of Asean”.

Given India’s long historical association with Southeast Asia, this country, too, could do more, and even become a “geopolitical buffer” for Southeast Asia in the event of growing US-China competition.

What the book conveys well is that although Asean has been able to “civilise” the “big powers”, these powers have the potential today to destroy Asean. For all its praise of Asean — crediting it with delivering “50 years of peace” and improved livelihoods — the book’s message to the wider region highlights vulnerability and fragility.

One problem is that Asean has no “natural custodian”, in the way the EU has France and Germany. Furthermore, Asean lacks strong institutions — to be able to provide leadership and implement decisions.

The EU spends 8,000 times the amount Asean invests in its secretariat, yet the EU population is smaller. Like the Malaysian government, which made a “people-centred Asean” the theme of its leadership of the organisation in 2015, Kishore also worries that the citizens of Asean “do not feel a deep sense of ownership”.

Low-cost air travel, together with cultural and sporting events can help, but the best strategy will be to embed Asean in the national education systems. This book — celebrating “the living and breathing political miracle that Asean has become”, and telling the rich story of Asean for the student and general reader, as well as the expert — is designed to help; and Universiti Malaya, for instance, is trying to assist in its own way through developing a pioneering Asean curriculum. But, there is a long way to go.