Charting the Economy assesses the course of Malaya's commodity-dependent economy during the first 40 years of the 20th century under British colonial control, contrasting it with economic growth and development in contemporary Malaysia.

Drawing on archival documents to derive estimates of Malaya's GDP and analysing trends, it breaks new ground in understanding the dynamics of economic performance.

In the first half of the 20th century, most of the Malay Peninsula, like much of Southeast Asia, was under colonial rule. Colonialism facilitated the control of lands, institutions and peoples, as well as the exploitation of natural resources.

Malaya's economy was largely agrarian, supported by two primary commodity pillars - tin and rubber - produced to meet the needs of the industries and people in Europe and North America.

Sultan Nazrin Shah eloquently articulates how the economy rode a commodity roller-coaster. Being small and open, it was exceedingly vulnerable to external shocks - World War I 1914-1929, the Roaring Twenties 1920-1929, and the Great Depression 1929-1932 - which were the main causes of economic booms and busts.

This book makes a compelling case that the colonial laissez-faire economic system worked well for the agency houses that repatriated huge profits but paid small dividends to the masses. Development was highly uneven, with growth and prosperity concentrated in and benefiting the Peninsula's west coast states, where most of the tin mines and rubber plantations were located.

After independence, national control over economic management was accompanied by a long-term vision for a socially just nation. Real GDP growth in post-independence Malaysia brought rapid advances in standards of living. 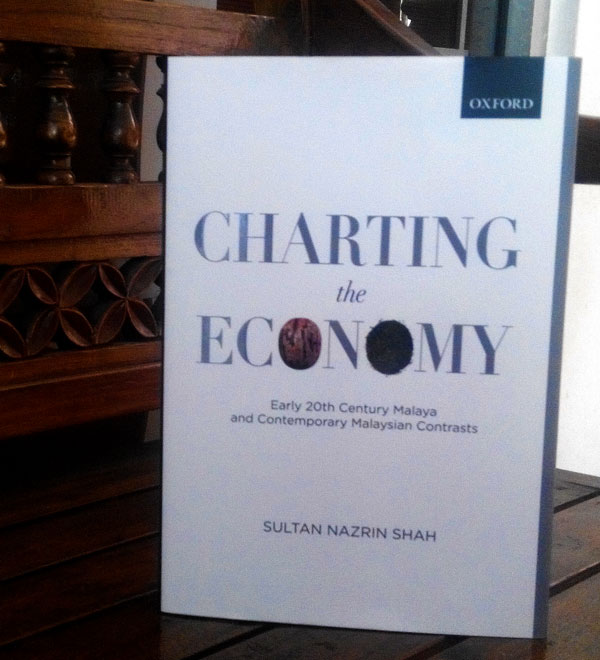