ASEAN is back on Australia’s agenda, having been neglected in recent times. The media release for the 2017 Foreign Policy White Paper states that Australia’s first foreign policy priority is to ‘increase [its] efforts to ensure [Australia] remain[s] a leading partner for Southeast Asia’. This priority will be highlighted at Australian Prime Minister Malcolm Turnbull’s Special Summit with ASEAN leaders this year. At a time of deep uncertainty, engaging with ASEAN is a prudent policy direction. But Australia faces at least four challenges. 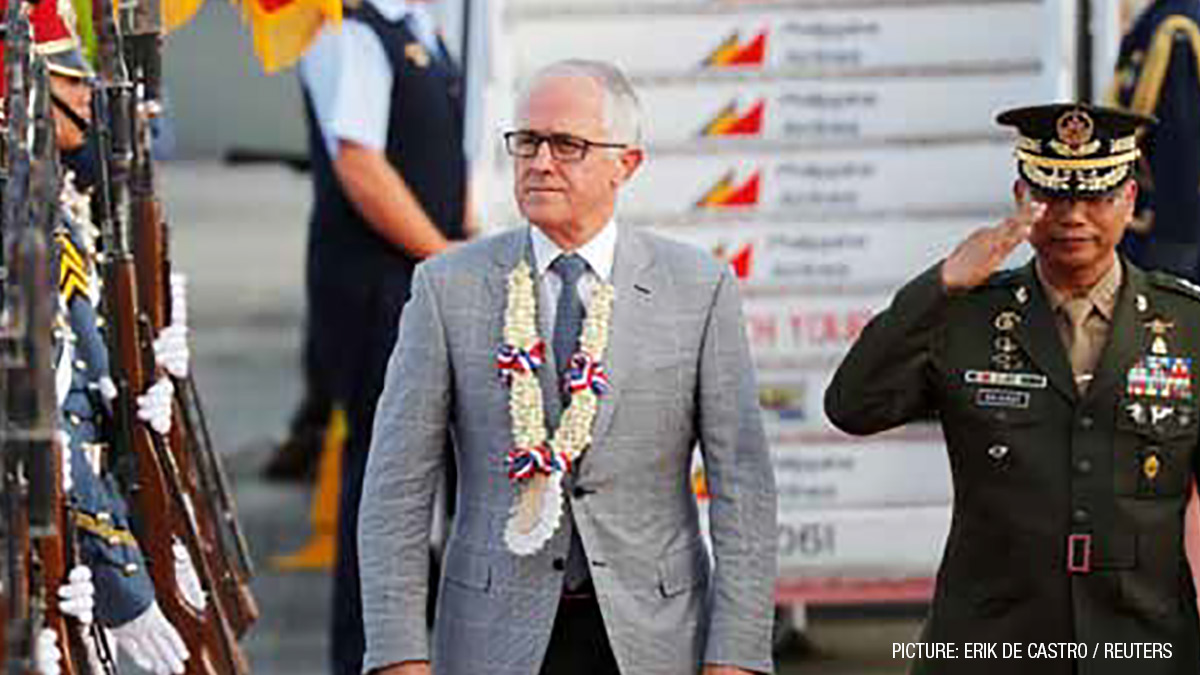 First, the Australian government will struggle to maintain its priority on ASEAN. For some years Australian commentary has been preoccupied with the US–China issue, which will likely continue to monopolise foreign policy debate. The Australian government needs to explain that ASEAN is the central element in its overall Asia strategy, without implying that US–China issues are any less important. Deepening relations with ASEAN will make Australia a less lonely country and strengthen its influence in both Washington and Beijing.

Southeast Asia is the region of Asia closest to Australia and where Australia has its longest diplomatic track record. The world inevitably judges Australia by the effectiveness of its engagement with ASEAN.

Second, Australia is in some ways a less attractive partner for ASEAN than it once was. Compared with the 1970s—when Australia became ASEAN's first dialogue partner—its economy is now far smaller than the ASEAN economy and its military advantage is also lessened. Australia has to compete for influence in Southeast Asia in new ways. Not only are Japan and China massive economic partners for the region but South Korea—a minor economy in the 1970s—is now more important than Australia. The diminished position of the United States, Australia’s muchproclaimed ally, is a further element in this changed balance.

Third, Australia needs to recognise and navigate differences between ASEAN and Australian policy objectives. For instance, there has long been anxiety in ASEAN about being forced to take sides in struggles between major powers. In the Cold War, a number of ASEAN countries resisted joining the US-led Southeast Asian Treaty Organisation and supported maintaining ‘equidistance’ between rival blocs. It is not surprising to encounter ASEAN concern about meetings between senior officials from Australia, Japan, India and the United States to discuss closer ‘quadrilateral’ cooperation. Such initiatives inevitably sharpen the sense of a pro-democracy gang-up on China.

The phrase ‘deputy sheriff’ is often used to sum up Australia’s difference from much ASEAN opinion in its strategic approach to the major powers. Time and time again this sticky descriptor crops up in Track 2 meetings such as the ASEAN–Australia–New Zealand Dialogue. Canberra needs to make it clear that its foreign policy has long been tailored to Australian rather than US interests—especially when the 2017 White Paper actually highlights the need ‘to broaden and deepen our alliance cooperation’.

Today Australia’s advocacy of the ‘Indo-Pacific’ concept is causing confusion. The White Paper’s insistence that the Indo-Pacific is the region of ‘primary importance to Australia’ may seem a noncontroversial innovation in Australia’s foreign policy rhetoric, but in Southeast Asia and China the stress on the two oceans is seen to diminish the term ‘Asia’ and imply an anti-China mindset. Australia has reiterated its commitment to the East Asia Summit. It may be important now to insist that highlighting the 'Indo-Pacific’ does not mean that Australia plans to bypass ASEAN-based institutions.

There is sensitivity about terminology, partly because it can reveal serious policy orientation. It is regrettable that official Australian statements tend to refer to 'Southeast Asia', not 'ASEAN'. Australia needs to emphasise that it is not hesitating on the project of building a strong ASEAN community. Turnbull’s Special Summit with ASEAN provides the ideal opportunity to symbolise and affirm Australia’s unequivocal respect for this endeavour.

A further divergence in policy of growing significance concerns China. ASEAN commentators seem less suspicious than Australians of China’s policies, including the Belt and Road Initiative. Informed by centuries of experience in handling China, ASEAN favours a policy of signalling support for China-led projects and only arguing hard about the details. ASEAN analysts do not advocate a subservient approach. They seek smart accommodation, not confrontation, with China.

In all these policy areas Australia will require a comprehensive and often subtle understanding of ASEAN perspectives. This raises the question of whether the government, media and university system still possess the level of Southeast Asia expertise achieved in the 1970s.

The fourth challenge that Australia faces with ASEAN concerns political culture. When Australian governments speak about ‘work[ing] more closely with the region’s major democracies’, they run up against the ideological tolerance that is a hallmark of ASEAN thinking. This tolerance underpinned, for instance, ASEAN’s rapid pursuit of relations with Communist Indochina after the United States’ withdrawal in the 1970s.

Australians do not reflect enough on how their liberal heritage may sharpen the sense of Australia being an outsider in many Southeast Asian eyes. Hostility to liberalism has been expressed not only in Islamic circles in Southeast Asia. Political change in Thailand and the Philippines suggests a reduced commitment to liberal values, and distinguished Singapore sociologist Chua Beng Huat has drawn attention to the determined rejection of Western-style liberalism in Lee Kuan Yew’s state.

A decade or so ago, Australian commentators thought they had heard the end of the ‘Asian values’ debate. As Australia works at being ASEAN’s ‘leading partner’, government officials and public intellectuals may well have to engage in more serious dialogue about values and ideology.

* This article was first appeared in East Asia Forum Quarterly Vol.10 No.1 January–March 2018.