Europe and the Indo-Pacific

The Free and Open Indo-Pacific (FOIP) is defined by a Japanese commentator as a policy "to keep the United States in, China down and ASEAN, India and Australia up" in this new geopolitical space. It has been constructed in recent years to bring together the Indian Ocean and West Pacific regions.

Such a frank and direct formulation of the strategy is a welcome relief from the more usual bromides used to discuss the purpose of such constructs. It recalls a famous definition of NATO as an alliance "to keep Russia out, the United States in and Germany down" in Europe. 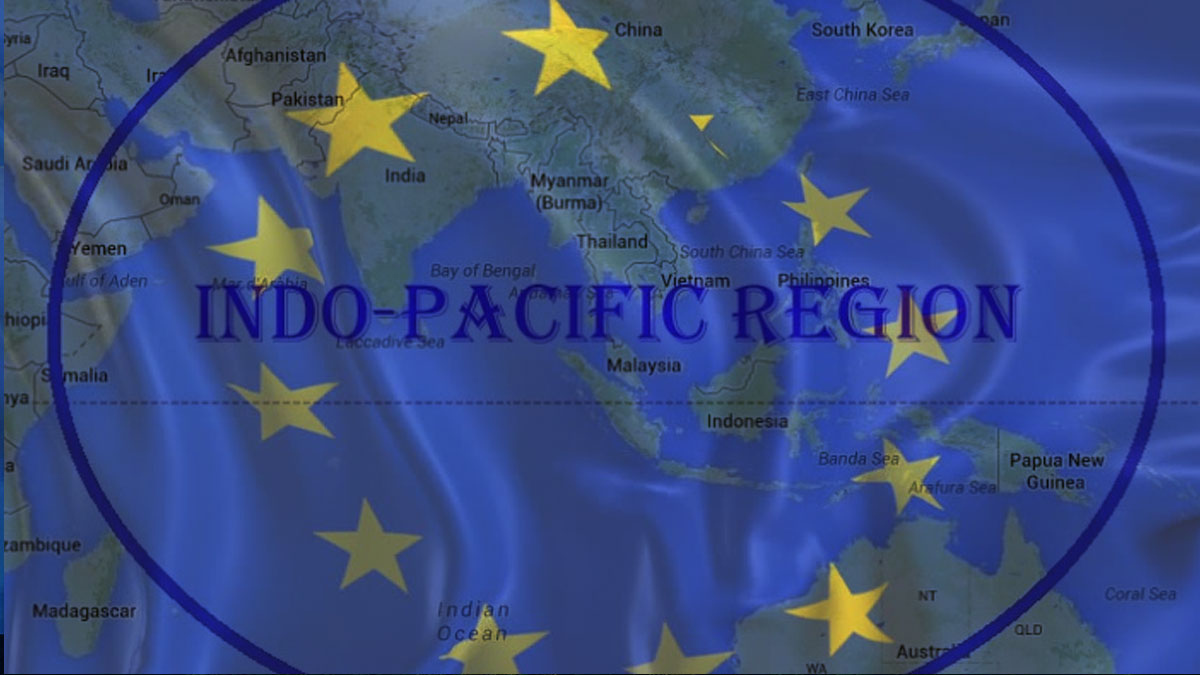 The Indo-Pacific concept, first put forward by Japanese strategists, was in 2017 taken up by the Trump administration and the Modi government in India, along with Australia. This "Quad" rapidly established it as an alternative strategic mapping  of the vast region previously defined as the Indian Ocean and the Asia-Pacific.

The rolling out and maturing of China's hugely ambitious Belt and Road Initiative on land and sea and their negative response to it drives the policy. At stake for other states and organisations like ASEAN within these regions is whether China should be contained or engaged, how best to ensure all kinds of connectivity are kept free and open, how security can be maintained and how disputes should be resolved.

Given that most of the world's trade now passes through these regions (however they are defined) these questions are important for states and organisations outside them as well. That is especially so for European states and the European Union. The EU is the world's largest trading bloc and has a vital interest in all these questions. While individual member-states like France and the United Kingdom have a longstanding security presence as post-imperial and maritime powers in the Indo-Pacific the EU is best known here for its economic,  political diplomacy and development aid policies rather than for security concerns.

The growth of non-traditional security linked to economic globalisation, together with intensifying superpower competition, are changing the EU's role in the region.

Last year a European Commission paper on connectivity between Europe and Asia emphasised its multifaceted nature. Transport by air, sea and land is covered. So are digital, cyber-security, energy and people-to-people links. Investment, finance and trade are foregrounded. Connectivity should be sustainable, comprehensive and rules based, it argues. That requires active implementation and cooperative security measures by states and regional organisations with a stake in keeping these contacts free and open.

A Commission paper on China this year gave a comprehensive account of the EU's relationship with the emerging superpower. Policy positions supported range from engagement to competition, while in certain spheres China is defined as a "systemic rival". That formulation signalled a new geopolitical realism from Brussels. It reflects changing relations with the US as well as with China and other world powers. The EU  no longer defines itself as primarily a normative civilian power but has to face up to the realities of growing superpower competition in its neighbourhood as well as further afield.

Relations with the Trump administration have deteriorated as he defines the EU as a regulatory and trade foe, criticises its commitment to multilateralism and sees the UK's exit as an opportunity to dismantle the EU's global rule-making and standard-setting power. His withdrawal from the Iran nuclear deal and use of secondary sanctions against European companies has reinforced a feeling that the EU must now develop a stronger foreign policy regime.

The newly appointed EU institutional leadership is being called on to create a strategic sovereignty dealing with economic issues like those sanctions, investment screening and technology regulation. On security and defence more coordination is under way as part of a greater European response to threats, autonomous from the U.S. and complementary to NATO.  Greater efforts are afoot to develop its political diplomacy in tandem with the member-states.

This is the context in which the EU's response to the Indo-Pacific concept should be assessed. Geopolitical competition pushes the EU to project its interests and values not only in Europe's neighbouring Middle East and Africa but further afield to engage with these Indo-Pacific developments.

To them it brings its long-standing good relations and dialogue with ASEAN, commitment to an inclusive yet critical approach to China, support for a non-binary policy towards China for smaller Asean states and a demonstrable and sustainable commitment to the rule of law, cooperative security, multilateralism and good governance.

The EU is developing a firmer engagement with China, not least because the BRI now includes 12 EU member and candidate states and increases competitive engagement in Africa. It has to balance these links with others, including Japan, India and the U.S., as other powers do. However there is a better fit between EU and ASEAN's policies than with the more exclusive and contestatory ones applied in this new Indo-Pacific region by the "Quad".

Dr Paul Gillespie is a senior research fellow in the School of Politics and International Relations, University College Dublin. He is speaking about the EU and Indo-Pacific issues at a conference organised by the Asia-Europe Institute at The University of Malaya today and tomorrow.