Trans-Pacific Partnership (TPP) and ASEAN economy: A policy shift in the Trump Administration and its impact 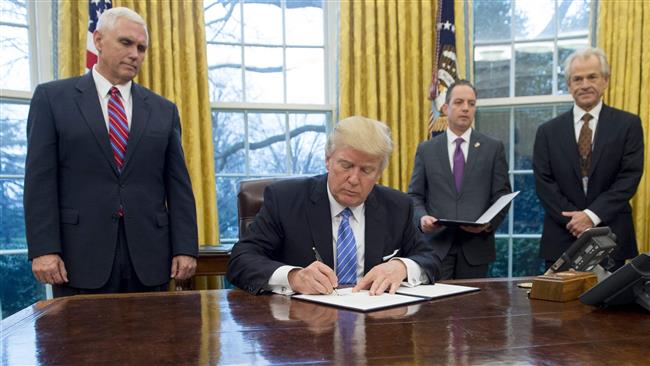 On 23 January 2017, President of the USA Donald Trump fulfilled his election promise and signed the Presidential Memorandum that announced official withdrawal of the USA from the Trans-Pacific Partnership (TPP). The TPP was considered the biggest “trade deal” in history that aspired to create an Asia-Pacific version of the European Economic Community. The TPP was to include twelve countries, among them four ASEAN member countries—Brunei, Malaysia, Singapore and Vietnam. The combined GDP of the 12 signatory countries was estimated at US$27,649 billion in 2015. This is approximately 37% of the global GDP and 1.7 times bigger than the aggregate GDP of the EU countries (US$16,299 billion in 2015).

A great symbolic significance was attached to the TPP creation. It was seen as a landmark “21st-century trade deal” that would solve not only trade-related issues but also address socio-political ones. Some chapters in the TPP agreement postulated the elimination of trade restrictions in order to allow free movement of goods and services; several chapters were devoted to various social-political issues, such as the environmental conservation, labour conditions and human rights. For instance, the signatory countries were expected to obey the rules and regulation of the International Labour Organization (ILO).

In the ASEAN context, the TPP membership emerged as a major political agenda when the four ASEAN countries signed the agreement on February 4, 2016 in Auckland, New Zealand. In order to fulfil the TPP socio-political criteria, the ASEAN countries had to set the minimum wages, to formalize working hours, to pledge their commitment to protecting workers’ right and promoting fair business practices. In order to protect the workers’ rights, Singapore and Brunei had to set the minimum wage and Vietnam and Brunei had to establish effective and functioning trade unions. In Malaysia, a major controversy related to the licences and permits clauses under the Annex II of the TPP agreement. A Malaysian NGO, the “Bantah TPPA” coalition, expressed concerns that the TPP agreement would undermine the country’s affirmative policies.

It should be noted, however, that the Trump Administration’s swift and decisive action is essentially a symbolic gesture. This is because the US Congress did not ratify the TPP agreement signed by former President Barack Obama in February 2016. In other words, the Congress practically “blocked” the TPP implementation for almost one year before Trump had effectively “put an end” to this prolonged controversy within ten days since his inauguration. To justify the decision, President Trump expressed serious concerns about negative impacts of the TPP on ordinary Americans and especially on unskilled workers. He famously declared that the US withdrawal is a “great thing for the American worker”.

What impacts could the Trump Administration’s “policy-shift” have on the ASEAN economy? At this stage, a precise estimation is not possible. However, these impacts are also determined by the commitment—or a lack of thereof—from other 11 signatory countries. The Japanese government stated that the TPP agreement would be meaningless without the US presence. In contrast, the Australian and New Zealand governments expressed their willingness to look for other possible ways to create a common market in the Asia-Pacific region, even without the US participation. If the four ASEAN signatory countries share Japan’s sentiment they would miss a great opportunity to be engaged in a truly meaningful regionalism process in the Asia-Pacific region. On the other hand, if the ASEAN nations share Australia’s and New Zealand’s point of view, the ambitious plan for Asian regionalism has future. With a combined regional income of US$9.163 billion in 2015, this future looks promising.