This event has new dates 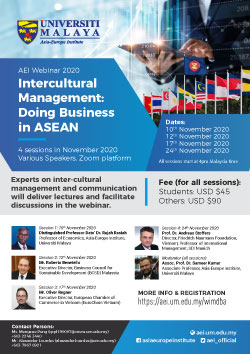 Inter-cultural management has become an indispensable management practice in any business organization. Effective communication, networking and interaction with colleagues and clients who from different cultural and social backgrounds is seen as an important skill for anyone involved in doing business. The webinar focuses on socio-cultural realities and business contexts in ASEAN countries. It aims to equip participants with inter-cultural communication and networking skills and knowledge that are particularly pertinent for conducting business activities in the ASEAN region. The webinar is designed for a wide audience, including businesspersons, entrepreneurs, representatives of NGOs, academics, students and everyone who is interested in inter-cultural issues important in doing business. Upon successful completion, participants will receive an official certificate from the Asia–Europe Institute, Universiti Malaya.

Fee is for all 4 sessions. Limited to 30 participants only. 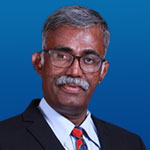 While the prime focus of his research is on technology and international development, he has also worked extensively on foreign investment, human capital, public health and environment. He is the 2014 recipient of the Celso Furtado prize from the World Academy of Sciences for advancing the frontiers of social science (economics) thought. In light of his outstanding impactful contributions to scholarship, Malaysia's Ministry of Higher Education conferred him the award of Distinguished Professor in the field of Economics in 2017. He was conferred the Merdeka (Independence) Award for academic excellence in 2018. He was conferred the state title of Dato’ by the Sultan of Perak in 2019. 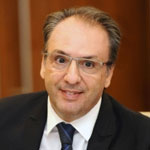 Roberto’s genuine passion and commitment to sustainability and his eagerness to act as a catalyst in helping businesses in the transition to a sustainable world, have led him to take the role of Executive Director of the Business Council for Sustainable Development Malaysia, a Global Network Partner of the World Business Council for Sustainable Development (WBCSD), the world’s leading corporate sustainability organization.

In the recent past Roberto led the EU-Malaysia Chamber of Commerce and Industry (EUMCCI) in Kuala Lumpur for almost four years, joining the organisation in April 2016 as Chairman. The valuable contributions he made during his brief chairmanship prompted the Chamber to appoint him as EUMCCI’s first CEO to further leverage on his capability and expertise in operations. During Roberto’s tenure the Chamber became one of the most influential organisations and advocacy platforms in Malaysia.

During his career Roberto held several senior general management positions in the private sector, working fortune-500 companies and start-ups in countries such as Italy, UK, Spain and Malaysia and in sectors such as medical and scientific equipment and instrumentation, consumer goods/services and consultancy.

Roberto holds an MBA from SDA Bocconi School of Management in Italy and a Master’s Degree in Marketing from Lincoln University, UK. Roberto is currently a PhD candidate at the University of Malaya, Asia Europe Institute Malaysia working on a research project on business sustainability. 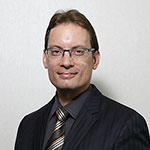 View Profile
Being a commercial lawyer and holding a pre-degree in business administration, Oliver has been providing and developing services for enterprises in continuous executive positions. He engages/d in private business, chambers of commerce/business associations and development cooperation in Germany, Georgia, China and Southeast Asia. Additional activities are related to vocational training and lectures, tourism management and the support of EU programmes. He is (co-)author of several publications and frequently sought for as a speaker/moderator for business events. Currently, Oliver is Executive Director of the European Chamber of Commerce in Vietnam (EuroCham Vietnam). 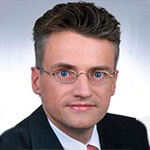 View Profile
Prof. Dr. Andreas Stoffers studied political science and economics with a focus on International Relations and completed his PhD on German – Thai relations. Andreas has many years of practical management experience in the areas of sales organization, sales management, leadership of strategic projects and business development in Southeast Asia, with a remarkable yield impact. As a long-time member of Deutsche Bank AG Vietnam Executive Board, he was responsible for successful market intelligence and opening up of new markets. As Vice Chairman of the European Chamber of Commerce (Euro Cham) and Board Member of the German Business Association Vietnam (GBA), Andreas established profitable business contacts with decision makers in business, lobbying organisations and politics. His many contacts in Southeast Asia, especially in Thailand and Vietnam, make him an expert on the entire ASEAN region. Since 2014, Andreas is Professor of Business Administration and International Management at the University for Applied Languages in Munich. Moreover, he is Visiting Professor at Vietnamese-German University in Binh Duong/Vietnam. Since September 2019, Prof. Stoffers is on leave in order to work in Hanoi as Country Director Vietnam for Friedrich-Naumann-Foundation. 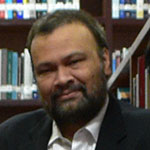 View Profile
Dr. Sameer Kumar has a PhD in Social Networking and is presently working as Associate Professor at Asia-Europe Institute, University of Malaya. He has extensive prior work experience as IT Project Manager and also holds a PMP® (Project Management Professional) certification from PMI, USA. At Asia-Europe Institute (AEI) Dr. Sameer has taught courses at the Masters level on K-Economy, Social and economic dimensions of Digital Economy, History of Southeast Asia and Research Methods . He has been the Program Co-ordinator for International Masters in Information Management (2014 - 2016) and is currently the Programme Co-ordinator for International Masters in ASEAN Studies program (2016 -). He is the founding Managing Editor of AEI Insights (an official AEI peer reviewed journal) since 2014. During 2015 he was the visiting scientist at Ilmenau University of Technology, Germany. His current research and teaching interests are in the field of Social Networks, Digital economy in Asia-Europe, Academic network, and History of Southeast Asia. Dr. Sameer has successfully completed grant-based research projects (High Impact Research and UM Frontier Science Research) as Principal Investigator and a bilateral interational project (ETH- Switzerland funded). He has organised international workshops and events and has chaired panels in international foras. He is the life member of Computer Society of India and member of several national and international research centers and associations. He has several papers published in ISI-Web of Science indexed journals (publishers include Springer, Emerald, Wiley, McMillan Palgrave, Elsevier and others). He has regularly reviewed for top ISI journals including JMIR, PlosOne, JASIST, Scienometrics, and several others and supervises candidates at both Masters and PhD levels.

How to register and make payment

All registration and payment will be handled by UM Event.

Once payment is verified by us, we will send you the Zoom link to join the webinar.

We will close registration after we have 30 participants.