Global conferences can help us be an Asian Tiger again, says Liew (FMT)

Global conferences can help us be an Asian Tiger again, says Liew

KUALA LUMPUR: Malaysia needs to increase its engagement with European countries through platforms such as international conferences in its efforts to become an “Asian Tiger” once again.

Deputy Defence Minister Liew Chin Tong said discussions and collaborations by means of such conferences could contribute to the country’s regional and international relations. It would also strengthen Malaysia’s political, cultural and economic influence. 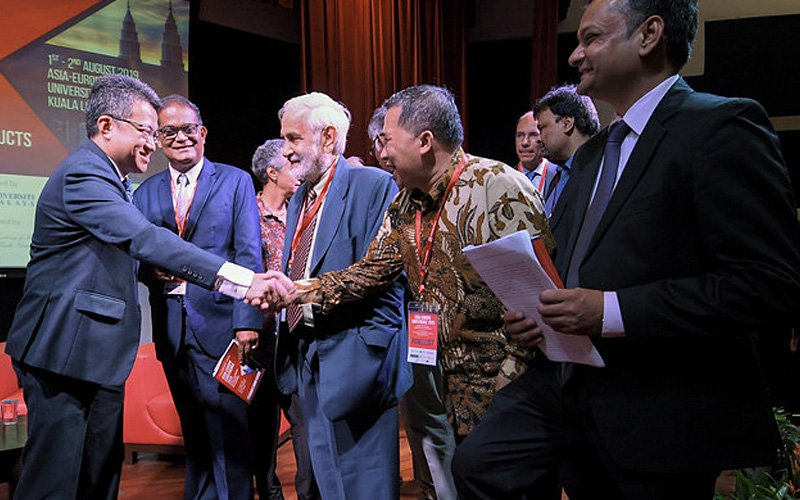 Citing the two-day Asia-Europe Conference 2019 hosted by Universiti Malaya’s Asia-Europe Institute (AEI), which began today, he said the input could pave the way for Malaysia to strengthen its bilateral collaboration with Europe.

“Nowadays, people always talk of and are threatened by the conflicts created by rivalries between powers such as the United States and China. Thus, we need more conversations and discussions about Europe and Asia in this new global scenario.

“Prime Minister Dr Mahathir Mohamad’s Asian Tiger aspirations and foreign policy have always been about punching above our weight.

“We are not a big country, but we have big visions in which we have a big influence and voice in the world.

“With this conference, it is important for us to understand our position in this region, other countries (in Europe, specifically) and increase our collaboration regionally.”

He was speaking to reporters after delivering his keynote address entitled “Europe in the New Asia: New Anxieties, New Constructs”.

The annual conference brought together experts from Europe and Asia to review Asia-Europe strategic relations.

Liew said Kuala Lumpur has the potential to be a hub for experts from Asia and Europe, through regional institutions like the AEI.

“I think … there is a need for Malaysia and the region to invest more in regional institutions and research centres which extensively do in-depth studies about certain regions, to have a better understanding of the region and its environment.

“AEI is the leading example of this effort and how this idea can be fulfilled. We (Malaysia) should have more regional institutes, for example, involving the Middle Eastern countries,” he said.

Source: FreeMalaysiaToday
©2017-2020 Asia-Europe Institute, University of Malaya. All rights reserved.
The European Commission support for the production of this publication does not constitute an endorsement of the contents which reflects the views only of the authors, and the Commission cannot be held responsible for any use which may be made of the information contained therein.