Hungary and the Central European Countries: Perspectives and Challenges

Asia-Europe Institute (AEI) University of Malaya, in collaboration with the Embassy of Hungary in Kuala Lumpur, present 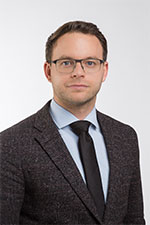 Dr. Balázs Orbán is the Deputy Minister of the Hungarian Prime Minister’s Office.

Mr Orbán started his career at the Ministry of Justice, and soon afterwards he joined the Századvég Group. Between 2013 and 2018, as the Director for Research at the Századvég Foundation, he was responsible for public law and public policy research. Since the fall of 2015 he has also worked as the General Director of the Migration Research Institute founded jointly by the Századvég Foundation and the Mathias Corvinus Collegium.

He studied at the Eötvös Loránd University (ELTE) where he graduated as a lawyer in 2009 and as a political scientist in 2011. During his studies he completed an internship at the Committee of Constitutional Affairs, Justice and Procedure of the Office of the National Assembly. Furthermore, he is currently a PhD student at the Faculty of Law of the Eötvös Loránd University of Sciences, an assistant lecturer at the National University of Public Service, and a visiting lecturer at the Budapest Metropolitan University.

2.00pm - Welcoming remarks by the moderator