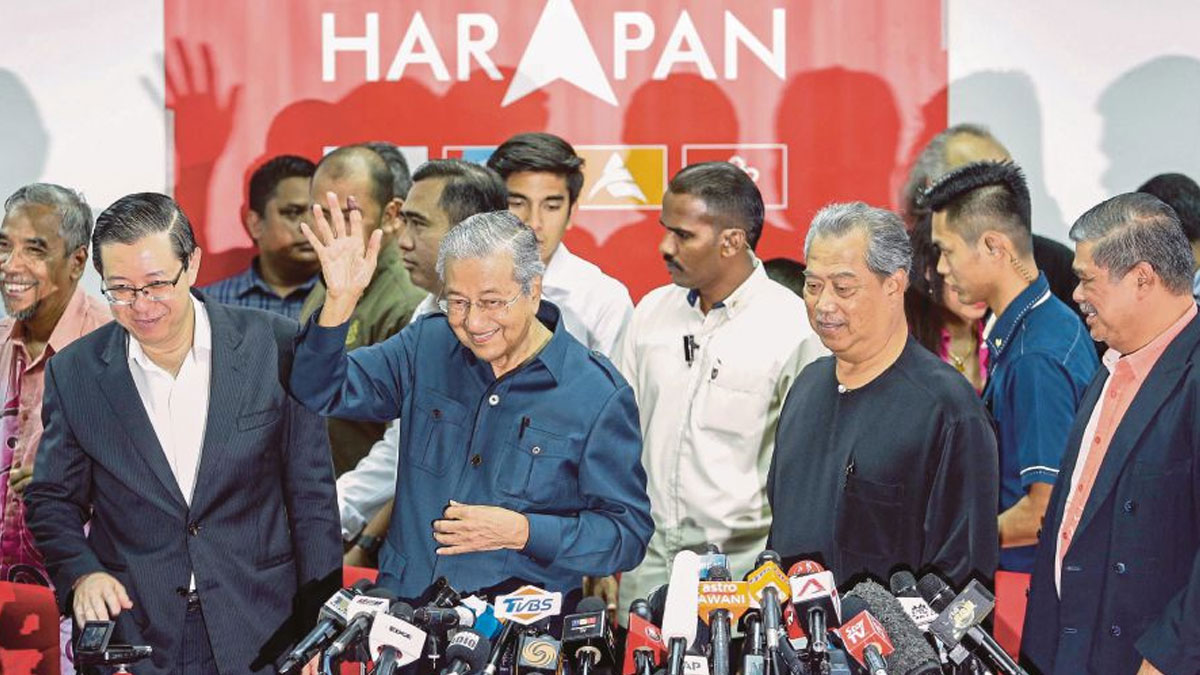 Aside from Barisan Nasional (BN), the LDP is one of the longest ruling party in a democracy. The LDP, except for a brief period of 11 months in 1993, had remained the ruling party in Japan for some 51 years. In August 2009, the LDP lost 118 of its previously held 300 seats in the lower house and DPJ won 308 of the 480 giving it a comfortable majority in the government.

For a long time, the LDP’s dominance could be attributed to the lack of any united opposition strong enough to challenge it. The DPJ was formed in 1996 by defectors from the LDP who joined with members of the Japan Socialist Party, and later several smaller opposition parties. It steadily gained in popularity over the years, seeing an increasing number of votes its candidates received especially in the urban areas in the 2003 and 2005 elections. By 2009, the DPJ presented a credible alternative to the LDP from what was once Japan’s fragmented opposition parties.

The high unemployment rates, a stagnant economy, increased perception of political scandals, corruption, a high national debt and the 2008 recession had all added to the swing votes that brought down the LDP. Local and international media, as well as political analysts, hailed it as a new era of more robust democracy, a change in the faction-riddled politics of Japan and the rise of a credible opposition power to challenge LDP’s position as Japan’s largest political party. Embattled ex-prime minister Taro Aso stepped down as LDP president after the loss while Yukio Hatoyama, leader of the DPJ, who was once a member of the LDP, became the new prime minister.

If all this sounds familiar, it could be because the recent political change in Malaysia has showcased very similar trends. The former ruling coalition, BN, had enjoyed over six decades of uninterrupted rule. It was the largest political party with a long traditional hold on the rural constituencies. The opposition, for the most part, has been fragmented and diverging in its platforms, but managed to put aside differences to contest in a coalition. For example, major opposition parties like the Islamic-oriented Pas has not been able to reconcile with the more liberal secular DAP.

Although coalitions form and disintegrate among the opposition parties, growing support in urban areas saw an increase in the number of parliament and state seats won by the opposition in the 2008 and 2013 elections. This culminated in GE14 with a major vote swing to Pakatan Harapan, led by former long-serving prime minister and ex-Umno president, Tun Dr Mahathir Mohamad. The story of PH’s rise to power could parallel that of the DPJ’s almost 10 years ago. Once again the media, local and international, heralded this event as the beginning of a new era in democracy, this time in Malaysia.

The DPJ, however, lost the next election in 2012 just as spectacularly as it had won the 2009 election. From controlling both the lower and upper houses, the DPJ lost to its old rival. The LDP, which had formed a coalition with the New Komeito Party, won a combination of 325 of the 480 seats in the lower house. Initial optimism of the new government in 2009 had quickly faded, replaced with the reality that the DPJ was not up to the task of ruling Japan.

The question some may have now in Malaysia is whether PH will face the same fate, 10 years down the road. Already there are some bumps in PH’s transition to power.

If PH wants to hold on to power and, most importantly, deliver on its promises to the people, it will most certainly need to do better than the DPJ. Some of the problems that plagued the DPJ in its brief tenure need to be kept in mind and PH can, and should, learn from the experience of Japan.

PH will need to prove that it is more than an alliance of convenience, united only in its stance of being anti-BN. Internal power struggles and party politics need to be handled delicately, and more importantly, a clear ruling philosophy has to emerge from this once-fractured opposition parties.

The people have come together to vote out a prime minister. They wish to see change and PH must deliver, or the people will turn just as easily. The DPJ learnt this the hard way.

Nurliana Kamaruddin is senior lecturer of the Asia-Europe Institute, University of Malaya