A range of Kuala Lumpur-based specialists on international relations - security and foreign policy experts, historians, sociologists, and public policy specialists - gathered at the Asia-Europe Institute on 11 July to discuss recent literature on non-Western approaches to international relations. There is growing discontent with the discipline - particularly outside US and European contexts. The distinguished academic leader, Wang Gungwu, recently commented that he had "lived all my life "with the "language of IR, International Relations, strategic studies and what not". The language, he said, is such that "anybody in Asia studying IR will attain an Anglo-American world view". 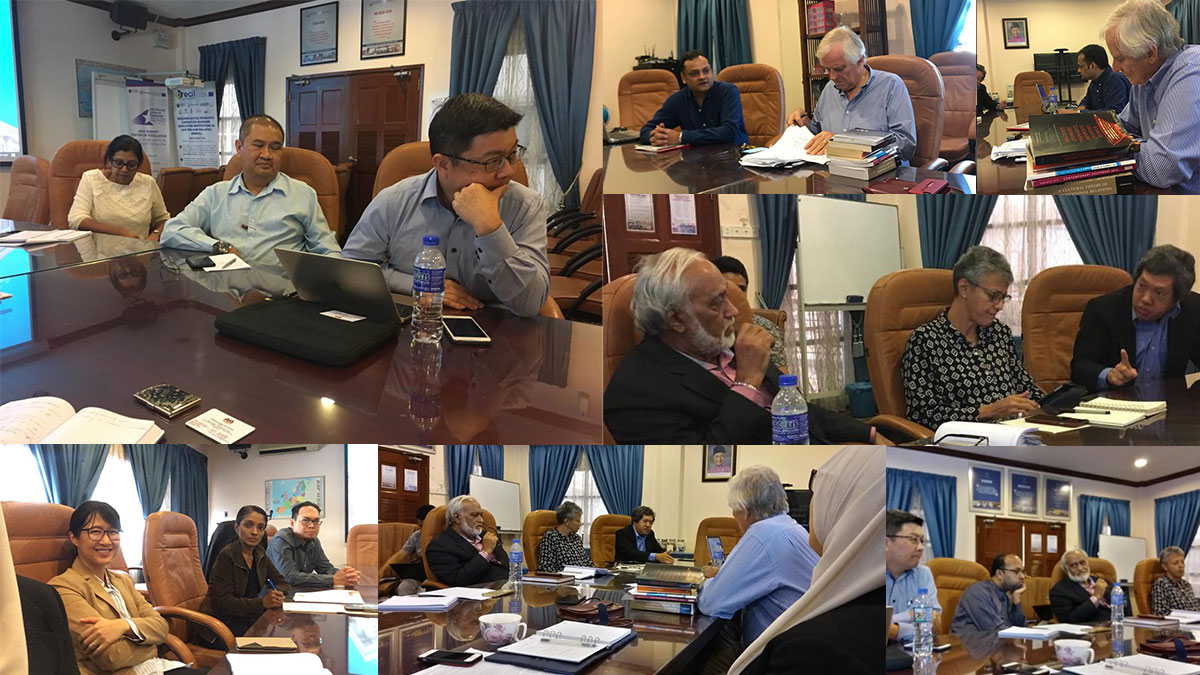 One reason for holding this seminar was that Amitav Acharya - who has been internationally prominent in identifying and fostering non-European approaches - is giving a keynote lecture at AEI's flagship annual conference on 1-2 August.

The 11 July seminar sought to identify key features of the Western approach. It was noted first that Western thinking has changed over the centuries, and also shares characteristics with different forms of non-Western international relations thought. Therefore, there is difficulty in the classifying what is ‘Western’ IR thought vis a vis philosophical thought and academic work originating outside of the Euro or American centric. Indeed, the dichotomy of Western versus non-Western IR itself presents a challenge to the discussion. However, it is worth noting that in the post-Westphalian period, the analytical concepts which have come to underpin Western approaches - and are often just taken for granted - include the secular nation-state, the concept of sovereignty, a great stress on power (and the balance of power) and a growing set of assumptions about rising powers and about a contest between hegemonic powers and so-called revisionist powers.

In the discussion, the point was made that Western domination of IR influences even the selection of issues deemed acceptable for serious research - and the journals and other publications of the profession police this selection, and also determine what is considered acceptable in research methodology. That the Asian states failed to design and establish a popular narrative has also worked to their disadvantage - and that may explain, for instance, why Kautilya is not deemed the 'father of realism', despite producing a cardinal text in what is considered the realist school of thought.

The Western IR toolkit has many advantages, but it can also be limiting. The emphasis on Cartesian thought demands a black-and-white analysis that cannot cope with what is seen as apparent contradictions in many Asian approaches to IR problems. By formulating certain ideals as opposites and categorizing the world based on power competition, it therefore creates a worldview that defines the action of players such as states. For example, allies and relations are generally considered in ‘either or’ (George Bush’s ‘you are with us or against us’ approach to the War in Terrorism for example). Thus it insists that one cannot have two opposing views at the same time. This makes the task harder when one wishes to understand how India can be developing good relations with both Russia and the US - or why Malaysian leaders (one after another) insist Malaysia is "friends with everyone".

Assumptions embedded in IR lead commentators tends to be dismissive of ASEAN when the organization puts faith in discourse and socialization. Such IR also promote scepticism when ASEAN countries wish to avoid force and economic sanctions. It is true that sovereignty is often invoked in the ASEAN region, but ASEAN countries seem content to operate in hierarchies (that threaten territorial sovereignty), rather than insist on equality. This reflects on how there appears to be less concern about territorial definition in Southeast Asian perceptions of sovereignty as opposed to state control or governance of its people.

In ASEAN the insistence on 'non-interference' in a state's internal matters seem powerful - and not only underpins resistance to human-rights interference by Western nations, but also a willingness to deal with a foreign state regardless of its domestic structure or ideology. The ideology of communism did not prevent the incorporation of Indo-Chinese states in ASEAN; nor did it prevent Malaysia, Thailand and the Philippines from developing relations with Communist China before the end of the Cold War.

Some Western literature on rising powers seems blind to cultural/historical difference, insisting that Athens, Germany and China can be treated in a similar fashion.

Another problem with the Western toolkit is that it tends to favour focus on the nation state as the main referent for international relations - the main unit of analysis. More modern approaches such as human security and human development on the other hand breaks the reference to the other end of the spectrum focusing on the individual. This leaves aside communities and traditions that regards other points of referent such as a religious community - for instance, the Islamic umma - or a specific tribe or regime.